The Problem with Pristine Primitivism

The Problem with Pristine Primitivism 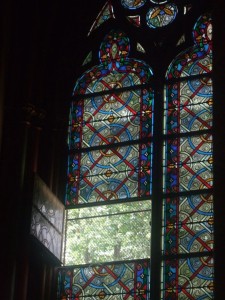 What on earth is “Primitivism”?

It’s a reformist idea in religion that buys into the idea that the early church is the pure church and that we have to get rid of all the clutter and corruption that has accumulated in the church over the centuries.

I’ve written a long article about the problem within Protestantism here, but the same problem exists within Catholicism.

Wherever and whenever it occurs, the premise of primitivism is that the contemporary church is corrupt, heretical, hypocritical and doomed. Only by a return to the pure and pristine past can the faith survive and thrive.

My longer post outlines how primitivism has had a long history. The Montanists were second century charismatics–wanting to return the church to the early days of Pentecostal power. The Paulicians were a seventh century sect who wished to restore the “pure” religion of St Paul. They wanted to get rid of infant baptism, monasticism, the priesthood  and the doctrine of the real presence. The push for primitivism continued through the Bogomils, Waldensians and numerous other sects which culminated in the rash of primitivist offshoots of the Protestant revolution.

Each group of people wanted to return to the pure religion of a bygone age. The problem was, they didn’t live in the bygone age. They lived in the second, seventh, tenth or sixteenth centuries. Their idea of what the pure church consisted of was a figment of their own desires and imagination. Mostly a reaction to the perceived abuses of their time, each primitivist sect created a “pure primitive church” that they had made up themselves.

The primitivist invariably creates a utopian vision of the church for the present age which is a re-creation of his imagined church of an ancient age.

The current wave of Catholic primitivism can be seen in the traditionalist movement. The primitive church some traditionalist Catholics long for is a mythical pre-Vatican II church in which every Mass was not only in Latin, but it was celebrated with crowds of reverent worshippers and celebrated by holy priests supported by a band of pious altar servers with nuns in formidable habits standing guard. The men were strong and pure in suits and hats. The women were demure and veiled and properly submissive. A pope named Pius was on the throne and all was well with the world.

Of course this primitivist dream is as unreal as all the primitivist utopias. The Catholic Church before the Second Vatican Council was riven with corruption from within and persecution from without just as it is today and just as it has always been. If there is any doubt about that, read church history, or for that matter, read the New Testament where you will find the apostles jockeying for places of power, dipping their hands in the money pot, running away in terror or betraying and denying their Lord.

While there are some traditionalists who fall into the primitivist trap there are many others who understand the proper role of tradition and modernity in the church. The past is the foundation for the present and root of the future. We do not live in the first century. We live in the twenty first century. We live in 2016 not 1956. The problems we face today are different than they were then.

A fond attempt to turn back the clock is always vain. It always leads to pride (because the pure primitivists are always better Christians than all the corrupt ones against whom they are reacting) and often leads to schism and heresy.

Instead of attempting to turn back the clock in reaction to this modernism, we should turn to tradition to help us to answer today’s questions and deal with today’s problems with wisdom and insight. There are two principles of the Second Vatican Council that are vital to hold in balance: resourcement and aggiornamento. The first is a French word that means “return to the sources” the second is an Italian word which means “opening up” with the idea of “bringing up to date.” These two principles mandate a Catholic balance.

As Pope Benedict XVI taught, everything should be done with an eye to the “hermeneutic of continuity.” Slavish adherence to tradition for its own sake can lead to legalism and dead primitivism. Rabid iconoclasm and the embrace of all things modern for their own sake is just as absurd. Instead we strive to live and proclaim the timeless truths of the gospel and uphold the venerable traditions of our faith with a contemporary voice–showing needy souls in today’s world the beauty, truth and goodness of the Catholic faith which is “ever ancient, ever new.”