The Pros and Cons of a Married Priesthood – 2

The Pros and Cons of a Married Priesthood – 2 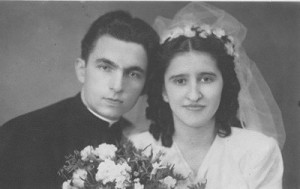 My problem in researching the married priesthood is that whenever I find a good argument against, I immediately come up with an equally good argument in favor.

This argument is made one way or the other endlessly. But it doesn’t really have any oomph at all.

Think about it. There are many men who have demanding jobs that take the away from their families. Soldiers, international executives, emergency workers, doctors….loads of them have unusual hours and demanding schedules. People cope. They get used to it. How is this any different for the priesthood?

If fact, my schedule as a priest is very flexible. I am my own boss. I keep office hours, but sometimes I work from home. I may not have weekends, but I can take other time off when necessary. Do I work 24-7? Am I constantly on call? Do I rush out to anoint people in the wee hours of the morning most nights? No.

Furthermore, while I hear people voice their idea that the priest is always available and constantly working for the church let’s be serious. How many priests (celibate or married) do you know who are like that? They take days off. They have vacations. They are not going non stop every hour of the day or night and nor should they.

In fact Mrs Longenecker, who can be fairly vocal at times, would point out the good number of times that there was a pastoral emergency and none of the celibate priests was available and guess who went out of his way to be there? The married priest.

The celibate priests may well have been unavailable for very good reasons, but the fact of the matter is the people in need finally did get hold of a priest and it was the “busy married man” who went not the “always available” celibate priest.

The time question therefore is another red herring. Married priests may find themselves in a demanding job, but they and their families would cope just like any other family in which Dad has got a demanding and time consuming job. Celibate priests are also busy people and sometimes they can’t make it to the bedside of a dying parishioner either.

If we had married priests some maybe some families would experience a great strain. I know of one man who had twelve kids and his pay as a Catholic priest and the hours demanded took a great toll on the family and he left the priesthood to do another job. On the other hand there are others like myself who have a good support team and a supportive wife who cope.

So what are the benefits of having a married priesthood? Once again, I’m going to step around this question because the answer is not so much tied up with a man being married or not, but about what kind of a an he is.

Will having a wife and family be a benefit? It could be a great benefit. The doubly devoted husband and wife could be a radiant example of what Christian marriage and family are all about. In this day and age when marriage is in crisis a strong married couple as priest and priest wife–with a wonderful family could be a great example to all.  If they are supported by a loving and giving parish community the whole thing could be fantastic.

If all those pieces are not in place, however, it can be a disaster.

Once again–it depends on the situation. If the man and his wife are hard working and thrifty they can make it work. But that applies to any couple. There are many people who get by on a small income with long hours and a demanding job.

Does a Catholic priest get paid enough to support a family? It varies. In some dioceses the remuneration is not bad. When you consider that he gets a job for life, he is his own boss, he gets a house and usually a car, he gets health and retirement benefits it’s not so bad. There are many men who would look at the package of the average American Catholic priest and be very happy to have that set up.

On the other hand, there are some parishes and dioceses where the situation is not so generous. The celibate man lives on a pittance. When you consider the developing world you have the same situation. Some parishes will be able to afford a married man no problem. In others he would be poor. But if he has a supportive wife and children that poverty would be something he shared with them and with his people and they may come through as radiant examples.

Maybe you see where I am going with this:

That the practical problems of a married priesthood–while they should be considered–are really secondary. All the problems or similar ones also exist with celibacy. With goodwill, a positive attitude and a generous heart all the problems could be overcome.

Therefore the real question is not about the practical problems, but about the underlying reasons for celibacy and marriage.

This means we also need to consider the theology of married priests, and I’ll be writing about that tomorrow or the next day.