The Radical Vision of the Christian Family

The Radical Vision of the Christian Family 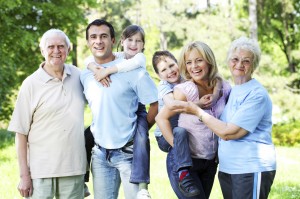 I was asked to comment on the marriage-family crisis in our society.

This interview was published elsewhere last week. I thought it would combine to make a good blog post. Enjoy.

Is there a marriage crisis in the United States? How would you characterize it?

This time of testing is the result of the most tectonic shift in self awareness to ever hit the human race, and that is the invention of technology that allows us to control our own reproductive systems.

To put it simply and bluntly, the invention and universal distribution of artificial contraception means the sexual act no longer necessarily involves reproduction. This simple fact has revolutionized our understanding of the sexual act and therefore revolutionized our understanding of marriage. Consequently marriage is going through a great crisis or time of testing.

The depth of these profound questions and the drama of our attempts to answer them as individuals and as a society has brought us to the situation you rightly call a “crisis.”

What are the particular challenges that you see facing the Catholic Church?

From the turning point of the emperor’s conversion in 315 AD the Catholic Church has been in a tug of war with the spirit of the age and the way of the world.

In every age there has been a challenge between the mores and morality of the surrounding culture and the eternal truths of the Christian gospel. The debate may have been about wealth and responsibility, power or persecution, property or poverty, slavery or freedom. Whatever the debate the Church has always to challenge the standards of the surrounding culture while at the same time accepting and welcoming individuals in that culture.

The present challenge is to uphold the eternal truths about the human person, human sexuality and the innate sanctity of marriage while recognizing the crisis within the Western world’s understanding of marriage and human sexuality.

I suppose some celibate priests don’t have a clue about marriage and family life…but then again a good number of married men are pretty clueless about love and marriage!

Let me be honest. Our society at large is in one massive muddle about sex and marriage. If anybody is clear minded about what marriage and sex is all about it is more likely to be a Catholic priest than the huge numbers of people in our society who are terribly confused about this whole matter.

The traditional Catholic understanding is actually very down to earth, cheerful and practical: Men and women are designed to love one another for life, make babies, and if they choose carefully and work hard at it, this is their best chance at human happiness in this world.

In comparison, it is the non-Catholic alternatives, which look increasingly confused, bizarre, difficult, and dangerous.

To answer your first question the central challenge for the Catholic Church is to communicate how happy, wholesome, natural, and good the traditional understanding of marriage can be. This is done not through pronouncements and preaching by priests and prelates. It is not done primarily by theological teaching or anthropological studies, but by ordinary men and women building radiantly happy and attractive marriages and families.

How is the evolving role of women in our world changing marriage, and how should the Church respond?

The invention of artificial contraception has allowed women to control their reproductive systems and opened up other possibilities never envisioned by our grandmothers and great grandmothers.

On the one hand, the Catholic Church should welcome women into appropriate leadership roles—recognizing and celebrating their unique feminine gifts.

On the other hand, it is always part of Catholic tradition to be counter cultural, and in this respect the Catholic Church should be subversive—revolutionary even—in continuing to uphold the fact that the primary dignity of women is in bringing forth new human life—new eternal human souls.

Lest this seem to downgrade women, the Catholic Church should likewise be subversive in reminding men that their most dignified and beautiful role in life is to be fathers, husbands and protectors of the vulnerable woman and child. It was G.K. Chesterton who observed that the woman’s place was in the home but that it was also the man’s place to be in the home

The world calls this vision “sexist.” The Catholic Church should continue to proclaim that this understanding of the human person is rich in dignity, beautiful in humility, spiritually powerful and fully and poignantly human.

Why do you think so many Catholics reject Church teaching on sex before marriage, contraception and even divorce/remarriage?

Christian teaching on sex up until the 1960s was essentially a negative scare tactic. “Don’t do that or you’ll get the girl in trouble. You’ll get a venereal disease. You’ll get pregnant. You’ll ruin your life. You’ll disgrace your family.”

There wasn’t really any widespread positive understanding of human sexuality and certainly no positive Christian teaching about love, marriage and sex. It was one big scare tactic and guilt trip.

With the invention of artificial contraceptives, antibiotics and then abortion, all the scare tactic motivations were removed.

Therefore the conversation was, “Don’t do that. The girl will get pregnant.”
“No she won’t. She’s on the pill, and if she does get pregnant she can have an abortion. No problem.”

“You might get VD.”
“Don’t worry. There are antibiotics.”

The prohibitions about sex therefore seemed to be no more than meaningless, outdated, religious rules.

Hopefully Pope St John Paul II’s teaching concerning the Theology of the Body will help to correct this. Rather than being scare tactics based on guilt and ignorance, this teaching is positive, affirming and calls people to responsible decisions based on the goodness of human sexuality and a mature anthropology.

I said marriage was in a time of testing. The good thing about tests is that eventually they lead to the right answer, and I believe we will eventually come around to that right answer because human beings have a longing for truth, beauty and goodness. They desire the best and will keep searching unit they find it.

I have a very subversive and radical vision for Christian marriage. It is just as radical as it was when it first hit the scene in the Roman Empire in the first and second centuries. It is this: that one man and one woman will commit themselves to a lifelong relationship of mutual, total self sacrificial love. That love will be so self sacrificial that it reflects the unconditional, totally self-sacrificial love of God himself. This unique relationship will be empowered by a supernatural gift which is called “grace” and through this unusual and bewilderingly subversive relationship both the man and the woman will learn what it means to be truly human, truly a man and truly a woman.

Out of this disturbingly supernatural relationship they will produce children who are part of this union and a natural and beautiful outgrown of the union. These two human beings will marvel at the fact that they have produced an eternal human soul—a child of the universe, an offspring of God, a morsel of eternity, and a glimpse of glory. They will so delight in this product and creation of their ecstatic act of self giving that they will want to produce as many of these marvels as possible and so bless themselves and the whole world with these delightful beings called children.

Anything else that you think is central to understanding this moment in the Catholic Church?

This is an opportunity for the Catholic Church to renew her efforts to proclaim the good news of the gospel of Jesus Christ to a confused and chaotic world.