The Rosary: Heaven Here and Now

The Rosary: Heaven Here and Now 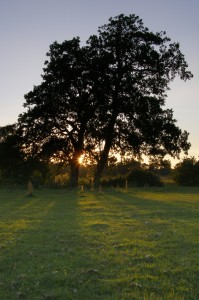 I have never written about this before because it is so personal, but I would like to share what happened the first time I prayed the rosary.

I was a young Anglican priest and I was just heading off to make a retreat at the Benedictine monastery of Our Lady of Quarr on the Isle of Wight in England. A parishioner had just returned from a pilgrimage to Walsingham. She gave me a rosary and said, “Fr Dwight. I think you need one of these.”

So I accepted it and went to the monastery. I had never held a rosary before in my hands and was suspicious of Marian devotion. However, I thought, “Why should I be right and a billion Catholics be wrong?” I got a little booklet from the monastery bookstore on how to pray the rosary and I stepped out on one of the woodland walks around the monastery and started to pray the rosary for the first time.

It is very difficult to explain what happened, but it was as if I had suddenly entered a new dimension. The natural world around me seemed to open up with another aspect. Each leaf seemed particular. The blue sky throbbed with another surge of life within. The trees seemed somehow more alive. I was alert to each detail. The birdsong was more acute and specific. The leaf falling was almost in slow motion everything seemed so much more particular and alive. This sensation continued as I prayed the rosary.

To this day if I pray the rosary while outdoors nature seems to surge and come alive. I found I was not the only one. The Jesuit poet Gerard Manley Hopkins seemed to sense this same extra dimension to the natural world. It is there in his poems–where each natural thing seems to surge with another instress of meaning. “The world is charged” he wrote “with the glory of God.”

It is there in his poem on the month of May–Mary’s month.

It seems, he says, as if Mary has a special connection with Nature as if nature is more alive because of her “yes” to God. Through that “yes” all things come alive through the resurrection of her Son. Here we are entering into what I feel is speculative theology, but the mystical experience tells me and has told others that this extra dimensionality that we experience through the rosary is a sign that through the mystery of the incarnation a new dimension of reality has opened up. St Paul says, “All creation groans for redemption” as if each living thing has now been infused with the Holy Spirit’s fire.

Could it be that you and me do this with Mother Mary and her Son as we pray the simple rosary? So this is mysticism for ordinary folks. Continue Reading