The Secular Search for a Savior

The Secular Search for a Savior 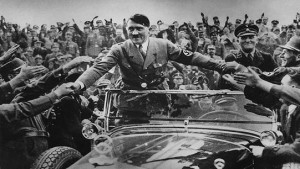 Now that Pope Francis has spoken out clearly against artificial contraception and same sex marriage we can hear the sighs of dismay from the disappointed secular humanists.

Oh, how they twisted every ambiguous word of his, how  they idolized him by putting him on the cover of their magazines, what glowing articles they wrote, what awards they gave him! If he’d made a film they’d have given him an Oscar. If he’d made a TV show they’d have given him an Emmy. If he was made a record reciting the rosary they’d give him a Grammy. If he was British they’d make him Sir Francis Vatican.

Boo Hoo. Big crocodile tears. The Pope, as it turns out, is a Catholic after all.

Beneath this secular humanist propaganda subterfuge is a situation which I find even more interesting.

All you have to do to get the liberals to eat out of your hand, drool over your shoes and sell you their souls is to assume a noble posture and pretend to espouse all their favorite ideological causes. Geesh! You don’t even have to do that. All you have to do is throw them a few crumbs and they will adore you as their latest Messiah.

Why is this? Why do they fall over themselves to hand out Nobel Peace Prizes, make you Man of the Year, give you a knighthood or a ribbon or any kind of award they can possibly muster up? It’s because everybody needs a savior. They want to adore someone. They need to worship. Everybody wants a Messiah. Everybody wants that Superman who is going to change the world and usher in the humanist utopia they all dream about.

This is why liberals fall so easily for a demagogue. Without belief in an afterlife their only ambition is to make this work a better place, and to do that they need a vision and someone to be their savior, and they will overlook the greatest faults, atrocities, hypocrisies and evil in order to continue to believe in their savior.

It looks like Obama has disappointed them. He promised change and the only change we got is that he and has family take more frequent and more expensive vacations than any other president.

“Surely” they gasp “he is just pretending to toe the party line. The evil men in the Vatican have clearly got to him and told him what to say. The wicked Nazi Ratzinger must be behind the scenes telling poor old sweet Francis what to do.”

Hold on a minute. What about the millions of Catholics who long for a savior and seem to idolize Pope Francis?

It’s different. In him Catholics see the Vicar of Christ, the Steward of Christ the King, the one who points us not to himself or to an earthly kingdom, but to the King of Kings and the true Messiah and Savior.

The secular longing for a savior is a sad, misplaced and mis guided search which will always end at least in disappointment and at worst in the mass devotion to a dictator and tyrant.