Transhumanism: The Future Horror is Here

Transhumanism: The Future Horror is Here 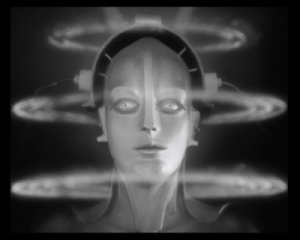 In 2004 Dr Irving Weissman, director of the Stanford Institute of Stem Cell Biology and Regnerative Medicine injected brain cells from aborted human fetuses into the developing brains of healthy mice where the cells grew into normal human neurons.

The popular press called it he “StuartLittle Experiment”after the children’s book character who is a feisty humanoid mouse. Was Weissman trying to create some sort of science fiction mouse-human monster?

No. He said that allowing the mice to develop into adults and then dissecting their brains he could learn more about how human brain cells work. It would also allow scientists to test genetic therapies to combat Parkinson’s, Alzheimers and other brain diseases. Third it offered progress on understanding brain cancer. Then he took the next step.

The advances in biotechnology are staggering, and Dr Weissman’s experiments are only the tip of the iceberg. When we consider cloning and chimeras the possibilities are even more in the realm of Dr Frankenstein. Cloning is the process whereby the genetic material of one individual is replicated and through in vitro fertilization and surrogacy a new exact genetically matching person is produced. Chimeras are human-animal genetic blends. Chimeras might be produced to harvest organs for transplant–a pig or a chimpanzee might be created with a human genetic code that means its organs will be accepted by a human recipient.

Many people are rightly concerned about the future of the human race. Will such biotechnologies be like Pandora’s Box–releasing unknown devils into the world to wreak havoc on the human race? Continue Reading