Trump and the Mob: A Theological Observation

Trump and the Mob: A Theological Observation 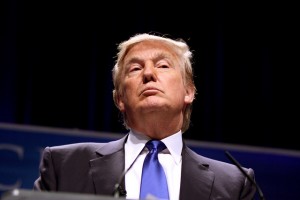 You may have seen the clip from Donald Trump’s rally where he said he wanted to punch a protester in the face.

What disturbed me most about his bullying was not so much that he wanted to punch the guy, but that the crowd ate it up and roared their approval.

Last night Marco Rubio went on the attack against Trump. He and Cruz scored some points, but their battle with Trump is unlikely to change the minds of his supporters. Here’s why:

What we are witnessing in the support for Donald Trump is the mob mentality. This is how it works: First, people are unhappy and if they’re unhappy they need to find a reason for their unhappiness. Invariably (given human nature) they blame somebody else. Very often that blame is justified. The unhappy people have been given a raw deal. They have been abused. They have been taken for granted. Their misery is real and the reasons for the misery might be real.

However, something else also starts to cook in the minds and hearts of those who are unhappy. They begin to blame others in an irrational way, and instead of focussing on the particular persons or institutions that have caused their problems they start to blame whole groups of people. “It’s the federal government. It’s the bankers. It’s the whites. It’s the blacks. It’s the Mexicans. It’s the Muslims. It’s the rich folk. It’s the poor folk. It’s the Protestants. It’s the Catholics.”

Once individuals start to blame whole groups they soon, very naturally start looking for allies. They fall in with other people who are similarly unhappy and are also falling into the trap of blaming whole groups of other people. All these individuals need at this point is for a leader to channel their irrational rage. Once the leader voices their concerns and helps them focus their rage on specific groups the fire is lit and there is little that will change their minds.

This is the greatest reason why Donald Trump is dangerous. Continue Reading