Twelve Things to Remember if the SCOTUS Decision Upsets You

Twelve Things to Remember if the SCOTUS Decision Upsets You 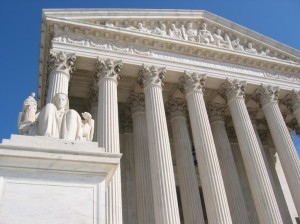 The Supreme Court decision allowing gay “marriage” in the United States has upset all right minded Christians, and rightly so.

It is pretty clear that the Supreme Court has rubber stamped a widespread rejection of Christian morality by a large segment of the American people.

Not only has the Supreme Court ratified same sex “marriage” but they have overturned majority opinions of the people, set themselves up as arbiters of human morality, trampled on states’ rights, ignored not only historic Christian teaching, but the understanding of marriage held by all people at all times and in all cultures down through history.

We’re right to be upset. We have the right to protest the decision. Many would say we are obliged to engage in civil disobedience.

OK. But we should also take a deep breath, put things in perspective and keep the faith.

Here are twelve things to remember if you’re not happy with the SCOTUS decision:

1. In our society marriage is in transition – this is not only a question of same sex marriage. For the last fifty years, since the widespread acceptance of artificial contraception, sexuality and therefore marriage has been changing. No fault divorce, co habitation, promiscuity, prostitution, pornography plus increased mobility, feminism, the breakdown of the extended family–all these factors have contributed to the transition. We’re in a storm. Hold on tight. Buckle your seat belts. We’re in for more turbulence, but remember God is still in control. The church is built on a rock. Keep the faith.

2. The decision safeguards religious freedom – I’m inclined to be pessimistic about this and agree with George Weigel and many other commentators who believe that this will be tested before long and religious institutions that disapprove of same sex marriage will be targeted. But let’s hope they’re wrong and there is a strong backlash to strengthen the religious freedom protections. This could happen. Things change for the better as well as for the worse. Pray and hope and thank God that protections of religious freedom are still in place.

3. The battle may be lost, but the war is not over – Supreme Court decisions have been reversed. Constitutional amendments have been made. State legislators can devise new laws to cope with the changing understanding of marriage that grant people freedoms while protecting religious freedom and putting a fence around true marriage. We need to roll up our sleeves and get to work dealing with the situation in positive and creative ways. This includes increased and better catechesis for our families and society and it means a new commitment to our marriages and families.

4. We’re supposed to treat all people with respect and compassion – Not everyone who experiences same sex attraction are radical homosexualists campaigning naked in the streets. People with same sex attraction are not all rabid atheists looking to destroy the church and persecute Christians. We have to put things in perspective and give ourselves a reality check. This doesn’t mean we approve of homosexual actions. It just means we should be thoughtful, aware and intelligent in our responses. We must welcome everyone to the joyful and difficult adventure of following Jesus Christ in the way of charity, chastity and holiness.

5. This is an ecumenical moment – This issue will show us who are true brothers and sisters are in Christ. Conservative evangelicals have stood up for Biblical morality. We can see now that they are our brothers and sisters. The liberal Protestants, on the other hand, have gone the way of the world. This is what usually happens when there is a crisis of persecution or possible persecution: true, Spirit filled disciples of the Lord Jesus suddenly see one another with clarity and charity and they embrace.

6. This will provide a sifting in the Catholic Church – The weeds and the wheat grow together in the Catholic Church. We need to face up to the fact that, according to some polls, a majority of Catholics approve of same sex marriage. These include prominent lay people, priests, deacons and probably some bishops. For a long time we have been papering over the cracks in our church. We’ve kept silent about the things that separate us. We’ve glossed over the differences for the sake of an outward show of unity. As this issue continues to impact the church we will see a sifting. Already I’ve had people leave my parish because I have preached against same sex marriage. Others will go. Many will leave the Catholic Church in disgust. They will have had enough. They may form their own schism or they may join Protestant churches, but the sifting will come and I, for one, think it is a cause for thanksgiving. Continue Reading