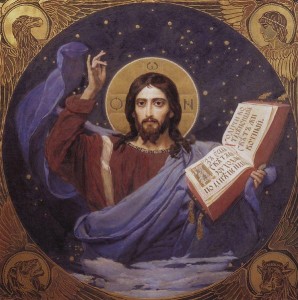 One Church. One Faith. One Baptism.

I heard about this Methodist minister who  had decided to make his church more liturgical so on Ash Wednesday he got some ashes from the fireplace and added some water and smeared the mess on the heads of his people.

Thinking he could do better he trotted off to the Catholic priest and asked, “Where do you get those tidy ashes you use for Ash Wednesday?”

“We create the ashes for Ash Wednesday on Shrove Tuesday by burning the palms from the previous year’s Palm Sunday celebration.”

The Methodist was awestruck, “Gee, all this Catholic stuff’s connected!”

Indeed, and this is a crucial fact which secularists in our society can’t even dream of, much less comprehend.

They operate in a post-modern culture in which nothing is connected. The contemporary non-Catholic American exists in a multi cultural, multi religious society in which everything is fragmented, piecemeal, artificial, individualistic and incomplete.

He gathers information from a multitude of various sources–none of them authoritative and all of them subjective and sentimental. So he gleans an opinion here from the nightly news, there from his shallow surfing on the internet. He picks up an idea here from his peers and there from a wacko school teacher or professor. His education is utilitarian, partial and incomplete. His courses are mostly electives so he chooses things he wants to study or needs to study to get a good job. There is no cohesive, complete and connected worldview and furthermore, he doesn’t believe such a worldview is possible.

When it comes to religion he regards them like he does restaurants. Go down to the retail road and you can eat Mexican, Tibetan, Chinese, Turkish, Mongolian, Italian, French, American, English, German, Vietnamese, Thai….you name it. Likewise he sees a smorgasbord of religions from every race and nation, and when it comes to Protestantism—the choice is abundant. If he has any education at all he knows that there are even more religions littering the field of history and world culture. Aztecs, Hindus, Confucians, Mayans, Mithraism, Egyptian, Mesopotamian….the list goes on.

How could any one religion profess to be any truer than all the others? Nonsense. Continue Reading