What Happened in Charlottesville?

What Happened in Charlottesville? 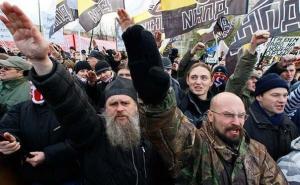 From an Eastern European Neo Nazi rally. Non copyright photographs of White Supremacist violence in Charlottesville are unavailable at the time of writing.

I’ll tell you what’s happened in Charlottesville this weekend.

It is human beings revealing what lies within. It’s real simple and its been happening since Cain killed his brother Abel.

Where does the whole sequence go so terribly wrong? At stage number five–when the person cannot or will not see that they are responsible for their unhappiness, and even if they are not the ones who caused it they are the ones who can solve it.

As soon as we enter the blame game we are headed down the road of destruction.

Charlottesville has revealed to all of us what it means to be an unredeemed human being.

Only repentance can solve this problem for repentance is, at its very heart, the simple act of a person taking responsibility for themselves–for their own happiness and by God’s help, the solution to their problems.