What Happened to Me at Medjugorje

What Happened to Me at Medjugorje 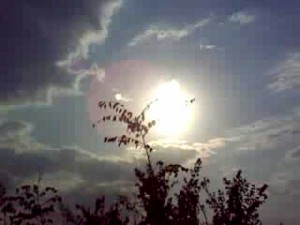 The news is breaking that the Vatican has given a negative ruling about the alleged supernatural events at Medjugorje.

Of course before making any full comment we’ll want to read what the CDF has to say, but on this occasion I thought it might be of interest if people heard my Medjugorje story:

I was an Anglican priest living in England, in 1985 when I was invited by a group of Anglicans and Catholics to visit Medjugorje. I didn’t want to go. Being a former Evangelical-fundamentalist I wasn’t too keen on apparitions of the Blessed Virgin. I opted out. They insisted. I dug in my heels. They said someone else would pay for it. I didn’t want to go. They cajoled and twisted my arm until I said ‘yes’.

So off I went and this was in Medjugorje’s hey day. All I can do is report my memories of that visit: People were everywhere making confessions. Mass was non stop in the church of St James in the village square. Crowds lined up to see the visionaries who were still living there and still teenagers and still having daily apparitions.TheFranciscans preached mightily. There was a strong charismatic element–praise and worship music and fervent preaching.

If my memory serves me, at six o’clock in the evening the visionaries would go to the side room off the sanctuary of the church where the visions occurred. The whole town would begin praying the rosary. All the visitors prayed too. At 6:20 the visions would start. Around 6:40 they would stop and the people would pray the last set of mysteries.

On our second day there I sat on the balcony of our guesthouse with a large woman named Eleanor. As we began the rosary I looked up and the sun was a blaze of light in the sky. I looked down to the car parked below and the sun was reflected in the hood of the car as a blaze of light. Eleanor and I prayed the rosary together. I had my eyes closed. At 6:20 Eleanor gave me an elbow in the ribs and pointed. The sun was now a disc of white light in the sky like a Eucharistic host. Then as I watched it began to spin, first clockwise then anti clockwise. Sparks spit out from the rim of the sun like a firework. I looked down and the sun was a white spinning disc on the hood of the car. I don’t think this would have happened if it was just my eyes playing tricks on me. Plus, Eleanor saw it too. That’s why she gave me an elbow in the ribs. I am not sure how long this lasted, but when we spoke about it to our fellow pilgrims they said many people in the town square had reported the same phenomenon.

A few other strange things: the days we spent there were ones of incredible fellowship. We seemed to be on a higher plane of consciousness. We seemed to love one another and we laughed joyously almost constantly. Think of being on vacation with  really good family and friends and being high the whole time on the love and joy you were sharing. We also met pilgrims from around the world and established an instant family like rapport, and oh yes, the new rosary I bought there was a pewter color, but when I got it home–still in its package–it had turned a gold color.

So now what do I make of all this? Continue Reading