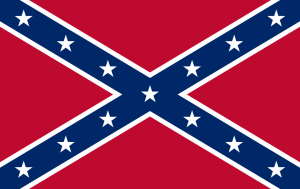 Why all the fuss over a flag?

There is more to this than meets the eye.

He clung to his guns, his hatred and his confederate flag.

Is the Confederate flag a sign of Southern heritage and Southern pride? Sure. Does it represent a culture that once advocated slavery? Yep. Do white supremacists prove the point by defending the confederate flag? It would seem so.

Will America be a better, safer place if we purge the Confederate flag from our land completely? Probably not, but if people think it will help and officials take down the Confederate Flag it’s no big deal in itself.

However, there are a couple of other problems surrounding this controversy.

First, it’s always wrong to give in to minority pressure groups who are making an emotional, knee jerk reaction. When some horror burst forth everyone should take a deep breath and take time to consider and decide with caution and a sense of perspective.

Second, we should rightly examine the real problems and come up with real solutions.

Finally, we should be suspicious of all pressure groups and activists. What do they really want? What is their real agenda?

How does it work? Continue Reading