When Action is the Only Argument

When Action is the Only Argument 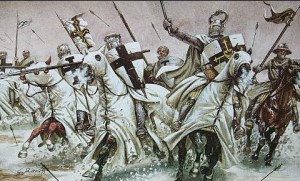 The crisis began when I realized that teenaged boys were looking at hard core pornography on their cell phones.

It continued when I read that most Christian young people don’t get the argument against same sex marriage.

The crisis got worse when I realized that a majority of American Catholics don’t actually believe the basics of the faith, shrug their shoulders at the church’s moral teaching and live lives indistinguishable from their secular neighbors.

It got worse when I saw Americans flocking to Donald Trump and it got even worse when I considered the Clinton option.

What can one do against such idiocy, hatred, ugliness, filth and violence?

When I look at our world today I stop and realize that arguments are over. Discussion is pointless and dialogue is dead.

It is impossible to express reserve or condemnation of other people’s moral choices. They will do what they like and blame you as a bigot for suggesting they should do otherwise. Should you wish to stand up for Christian values and argue for Christian morality in any sphere (not just sexual morality) you will be ignored and best, excluded if you’re lucky and persecuted should you persist.

When decadent evil is so abundant and all morals have collapsed argument and discussion becomes impossible.

It is impossible for several reasons. The first reason is the dictatorship of relativism. In every segment of our society from elementary schools through college, business and government relativism has taken over. For many there is not such thing as true or false, and if there is no truth then there can be no right or wrong. Whatever one chooses to do must be right.

The only modern creed is “Do what you will but harm no one.” What everyone seems to miss is that this is the creed of the Satanist.

Image via Creative Commons via Bin