Why Are The “Nones” Leaving Religion?

Why Are The “Nones” Leaving Religion? 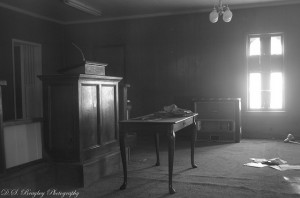 Everybody’s buzzing about this new survey which charts the decline of institutionalized religion in the USA.

The statement which summarizes religious trends today is this:

Catholics dropped both in market share and in real numbers. Despite their high retention rate for people reared in the faith, they have a low conversion rate. Today, Cooperman said, 13% of U.S. adults are former Catholics, up from 10% in 2007.

Generational shifts are also hurting Catholic numbers. Greg Smith, Pew’s associate director of research, said “just 16% of the 18-to-24-year-olds today are Catholic, and that is not enough to offset the numbers lost to the aging and switching.”

Where are they going? To religious nowhere.

The “nones” — Americans who are unaffiliated with brand-name religion — are the new major force in American faith. And they are more secular in outlook — and “more comfortable admitting it” than ever before, said John Green, director of the Bliss Institute of Applied Politics at the University of Akron.

The article also recognizes the “generational shift” each generation of Christians is less religious than the one before.

What is the reason for this? Continue Reading