Why Blogs Will Die

Why Blogs Will Die 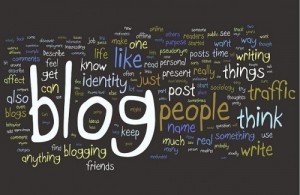 It doesn’t seem possible that I have been blogging for ten years, but it’s true.

I started Standing on My Head in September 2006.

One of the reason is that I have simply run out of steam, but there is more to it than that.

I think blogging itself has pretty much run its course. Over the last ten years with blogging, e-books and print on demand everybody and anybody can have access to instant global publication.

Remember the old saying, “Everyone has a book in them….and for most people that’s where it should stay.”

With the technology we now have it doesn’t have to stay there anymore. Neither do the articles, opinion pieces, news videos, speeches, pictures of your supper or your latest rant when you were feeling hangry…. need to remain unpublished.

As a result everybody and anybody is able to write whatever they want, whenever they want and push it out there.

The problem with this is that there is no editing, to sifting, no discernment. Every blog is created equal. Your blog is on the same playing field with everybody else’s. This means that the most rational, witty, intelligent and learned writer is published at the same level of importance as your crazy Uncle George who breeds squirrels for food and believes the moon landings were faked.

This is not necessarily a problem because the cream rises. Lots of bloggers fall away either because they can’t write, they’re boring or they don’t have the dedication. However, there are still enough bloggers, podcasters, video makers, e-book publishers and wannabe authors who pump out their stuff.

Unfortunately those who have an axe to grind, have a cause or are simply crazy are the ones who are all to eager to have an audience. Those who are obsessed with some conspiracy theory or are rabidly  against this or that or the other are the ones who are most eager to write, write, write. Furthermore, their audience LOVE the bad news, the hidden conspiracy, the “other guy” who is evil, corrupt and heretical. So all the sour, angry and scary people write more and more stuff to feed their wild eyed audience, and a sick symbiosis develops between the adoring audience and the attention starved author.

There’s another problem: those who receive payment for their blog are often paid by the amount of traffic their blog generates. I went through a phase of learning the tricks of boosting my blog traffic. It’s not too difficult. You write about current events and “hot topics”.  You learn how to craft an attention grabbing headline. You write short and punchy. You take a “position” and if the “position” is to attack someone or something bad, then your traffic zooms up.

This does not mean that these bloggers are always writing trivial junk, but is difficult for bloggers who receive income from their blogs to resist this temptation, and if they go down that path too often then the quality of their blog is bound to suffer. Where they used to write thoughtful, funny and personal pieces for love not money they evolve into writing  increasingly shallow, tabloid and controversial pieces to boost their traffic.

This has led the blogosphere to become an ingrown, self absorbed, hotbed of unhappiness and hatred–and the Catholic blogosphere has not been exempt from this pollution.

Of course there are good and sane bloggers out there, and many readers are happy, well adjusted people who are looking for good teaching, inspiration and encouragement. Problem is, blogs are increasingly not the place to find that.

Consequently, I’ve decided that my own blog here at Patheos will continue to be open, but I’ll be blogging less, and when I do, I’ll be blogging positive. I’m going to try to at least mention all the books I get for review, and I’ll comment when I can on church issues and current events as I have done in the past. I’m also keeping the blog open because there is ten years worth of material archived here. I’m going to be promoting old posts that are worthwhile and working to use this blog positively to spread the faith and build people up.

Furthermore, when I get the chance I’ll be blogging more at my other blog The Suburban Hermit. That blog focuses on Benedictine spirituality, worship, art, architecture and prayer.

That’s exciting and if I’m right and blogs do wither and die, that’s ok.

As for me, I’m working on a big book: The Mystery of the Magi. I’ve also got that stage play I want to write about the Holy Maid of Kent and  simmering on the back burner is that screenplay about Shakespeare the Catholic.

I’d like to write a novel too, but I think they’re going to die out also.

Blogging? It was nice knowing you.