Why I Converted to the Catholic Faith

Why I Converted to the Catholic Faith 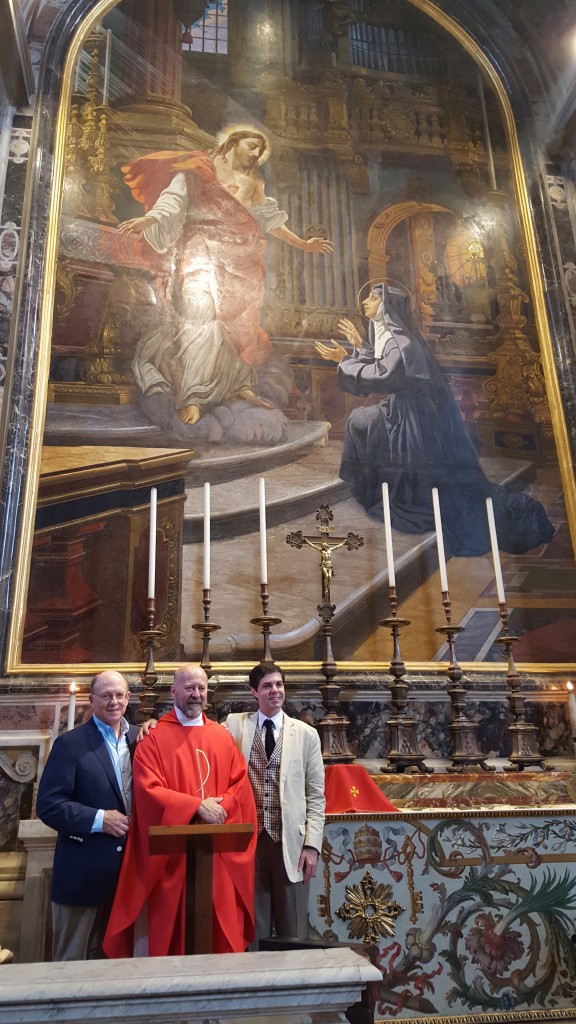 I was brought up in a Protestant fundamentalist home. We saw all the different denominations, but we considered them all to be man made institutions. None of them were God-given, so you just chose the one that was best for you.

It is commonplace within Protestant circles to believe that the early church was similar to the church today with its proliferation of different denominations, and that just as Protestants today say, “It doesn’t really matter what church you go to, as long as you love Jesus”–so it was in the early church.

So were there lots of different churches in the first couple of centuries?

Yes, there were actually lots of different groups. The uncomfortable problem for the Protestants is that these different sects were identified by the apostolic church as heretics and schismatics.

In his famous work Against the Heresies Irenaeus–the saintly Bishop of Lyon wrote about all the different little groups who made claims to authenticity and gave them a sure fire way of knowing the truth. Writing in about the year 125 he says,

“It is possible, then, for everyone in every church, who may wish to know the truth, to contemplate the tradition of the apostles which has been made known throughout the whole world. And we are in a position to enumerate those who were instituted bishops by the apostles and their successors to our own times—men who neither knew nor taught anything like these heretics rave about.

“But since it would be too long to enumerate in such a volume as this the successions of all the churches, we shall confound all those who, in whatever manner, whether through self-satisfaction or vainglory, or through blindness and wicked opinion, assemble other than where it is proper, by pointing out here the successions of the bishops of the greatest and most ancient church known to all, founded and organized at Rome by the two most glorious apostles, Peter and Paul, that church which has the tradition and the faith which comes down to us after having been announced to men by the apostles.
With this church, because of its superior origin, all churches must agree—that is, all the faithful in the whole world—and it is in her that the faithful everywhere have maintained the apostolic tradition”

Those who say there were lots of little churches around in the early days have a point. It’s not much different now I guess–except in scale. The principles are the same, and Irenaeus’ words still ring true.

When a Catholic like myself asserts this truth it makes many Protestants howl with rage. I understand. They look at the Catholic Church and they see her human failings. They see her seeming arrogance and her apparent sinfulness. They also see the genuine goodness and love and faith of themselves and those in their churches and compare it to Catholicism and often it seems like the Catholics they know and the Catholic Church they experience doesn’t match up.
How on earth can it be that the Catholics are ‘right’ after all? It just seems too crazy from their point of view. I understand. I used to be there. And yet, and yet, when those who look more deeply into it open their minds and hearts in a genuine search for the truth other mysteries open up, and other ways of seeing are given, and these new ways of knowing and seeing are not opened up merely by apologetical arguments.
We see the human failings of the Catholic Church, but then we cannot be blind to the human failings of the Protestant churches. The hypocrisy and heresy and heterodoxy is just as bad or worse. Furthermore, the thousands of individual Protestant sects all scream out the inconsistency and falsity of their claims in the face of Christ’s prayer for unity and his prophecy and demand that there should be “one flock and one shepherd.”
People ask why I converted to the Catholic faith, and it was the quote from Irenaeus above as well as a multitude of other factors great and small which brought me to the banks of the Tiber and made me swim.
PatheosDwight2015-12-29T21:46:00-04:00December 29th, 2015|Categories: Patheos|Comments Off on Why I Converted to the Catholic Faith