Why Religious People Are Worse Than Darth Vader

Why Religious People Are Worse Than Darth Vader 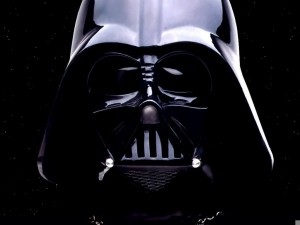 I am your Father…

The teacher in my screenwriting class said, “To create a believable villain you have to understand why he thinks he’s good.”

In other words, nobody gets up in the morning deciding to be just as nasty, mean and murderous as possible.

No. even Darth Vader thinks he’s a good guy, and to give George Lucas the credit for what were three pretty terrible prequel movies, at least we learned why Darth Vader is the baddie.

He was just another young guy in love, but for seemingly good reasons (to rescue then avenge his mother) he started to kill. Then he decided that he had to kill some more in order to bring justice to the galaxy. In other words, Darth Vader is an ideologue. He wants to do good, and is willing to do evil to accomplish his ends, and the greater good he wants to achieve the worse evil he may have to use.

Idealogues are bad, but religious ideologies are the worst.

The secular ideologue believes he is on the side of the right because of his belief system. The religious ideologue believes that God himself is on his side and there ain’t nuthin’ that’s going to convince him otherwise. There’s no discussion. There is no dialogue with the ideologue.

The religious ideologue will slander, mock, attack, exclude, persecute and finally kill the “enemy” and think he’s not only doing the right thing, but doing God a favor.

Yes, I know, we see the ultimate religious ideologue in the monsters of ISIS.

But hang on. Blaming the other person, the other religion, the other political party, the other bad guy is exactly what makes you bad and takes you into the downward spiral of religious self righteousness.

Sure the wolves of ISIS are demon possessed monsters, murderers, rapists and bloodthirsty, angry monsters and “we hates them my precious…”

But to avoid being a bad religious person myself I have to see where I might be turning into Darth Vader. Continue Reading