Worried About the Church? Become a Child

Worried About the Church? Become a Child 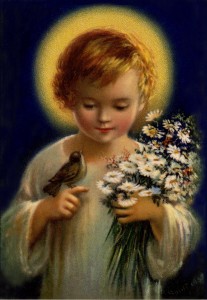 Can You Become as a Little Child?

I’m tired of the grumbling, grousing, griping and gossip.

Why are there so many Catholics who are down on Pope Francis, biting their nails over the Synod on the Family and searching the skies for signs of the world’s end?

To be sure we live in uncertain times.

Read history. When were the times certain?

To be sure the church seems to be under threat–undermined by corruption and heresy within and attacked by persecution and infidels without.

Read your history. When was it otherwise?

To be under attack, to witness our church’s life as “the long defeat” is par for the course. It’s the default setting. As it was in the beginning is now and ever shall be.

Its a sign of our authenticity, or were you forgetting that?

Are you upset that Cardinal Kasper and others burble away on the fringes of heresy and schism? There have always been disputes in the church. Are you dismayed that a “liberal mafia” may have pressured Pope Benedict from office, schemed to put Pope Francis on the throne and is planning a progressive coup in the church? So it has always been. There has never been a time when the Vatican was free from political machinations, corruption, deceit, human pride and ambition.

Are you worried that Pope Francis is a leftist, that the secular media are using him for their own nefarious ends, that he is sometimes confusing in his teachings and that he does not fit all of your own expectations for the papacy?

So what? Where’s your faith? Continue Reading