Worried About the End of the World?

Worried About the End of the World? 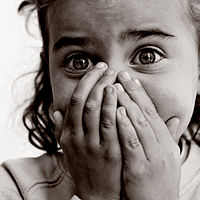 It’s the year 2017 and the prognosticators and prophets have come up with a heady mixture this time.

When you read history you realize that in every age people have been reading the signs of the times and predicting a great catastrophe.

The end of the world, like an overdue bus, is always just around the corner.

Added to this are the visions to St Faustina. Jesus said the devotion to his Divine Mercy would be the final call before his Divine Judgement on the earth and that her message would pave the way for his second coming. We have just completed the  Year of Mercy which focussed on the Divine Mercy devotion.

So shall we buckle our seat belts and prepare for a bumpy ride?

Here are some reasons not to worry: First, think about it, if bad times come, what can you do about it?  You can stockpile some food and supplies, but maybe the bad times won’t come like you expect. If something terrible happens it might be totally unexpected like an asteroid hitting the world and suddenly all the lights go out. We’re done. Maybe we will be hit with a horrible earthquake and tsunami. What then?

Auschwitz and the Gulag were horrible, but out of those terrors great stories of human courage, self sacrifice, endurance and hope were wrenched.

Second, worry is a form of fear. The gospel message time and again is, “Do not be afraid!” Remember those were Pope John Paul’s first words as pope. If anybody had reason to be afraid he did. He lived through the Nazi terror when his friends would be snatched off the streets and shot. He trained as a priest in secret. Then he lived through the communist terror. He faced it all down and still repeated time and again, “Do not be afraid!”

Third, worry is a worthless. It accomplishes nothing and paralyzes you. Forget about it. Roll up your sleeves and do what you can with what you have where you are. Today. The friends you make in the good times will be your helpers in the bad times.

Third. Don’t forget that part of the prophecies of Fatima are that after a time of testing the world will enter a period of great peace. Lord knows we’ve had the testing in the twentieth century. Two world wars, the atomic bomb, the demographic winter, communism, atheism, genocide, abortion….Maybe the 100 years is over and things are going to actually get much better, not much worse. There are plenty of signs indicating that this might be the case. Cheer up!