An Insane Poet’s Meditation on His Cat

An Insane Poet’s Meditation on His Cat 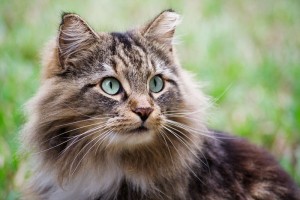 Are you familiar with the poet Christopher Smart?

The poor man spent many years in an asylum. Opinion is still out whether he was insane or merely persecuted for being a religious extremist

Take time to enjoy reading Christopher Smart’s Jubilate Agno and be glad for the incarnation imagination of poets.

For they teach us of unimaginable ways of seeing.

For they are mystical and magical.

For they are fools for suffering

For they are suffering for fools

For they are metaphysical masters

For they are are masters of swordplay

For they are masters of wordplay

For the pen of the poet is mightier than the sword.

For they are poor priests of the Word made flesh

For they are sane in their insanity

For they are masters of the twist and the tale

For they are purveyors of paradox

For they alter paradigms and reverse the order

For they turn tables and coats of many colors

For they are turncoats and unendingly loyal

For they are poets and priest and prophets at once.

For I will consider my Cat Jeoffry.

For he is the servant of the Living God, duly and daily serving him.

For at the first glance of the glory of God in the East he worships in his way.

For is this done by wreathing his body seven times round with elegant quickness.

For then he leaps up to catch the musk, which is the blessing of God upon

For he rolls upon prank to work it in.

For having done duty and received blessing he begins to consider himself.

For this he performs in ten degrees.

For first he looks upon his forepaws to see if they are clean.

For secondly he kicks up behind to clear away there.

For thirdly he works it upon stretch with the forepaws extended.

For fourthly he sharpens his paws by wood.

For fifthly he washes himself.

For sixthly he rolls upon wash.

For seventhly he fleas himself, that he may not be interrupted upon the beat.

For ninthly he looks up for his instructions.

For tenthly he goes in quest of food.

For having considered God and himself he will consider his neighbor.

For if he meets another cat he will kiss her in kindness.

For when he takes his prey he plays with it to give it a chance.

For one mouse in seven escapes by his dallying.

For when his day’s work is done his business more properly begins.

For he keeps the Lord’s watch in the night against the adversary.

For he counteracts the powers of darkness by his electrical skin and glaring eyes.

For he counteracts the Devil, who is death, by brisking about the life.

For in his morning orisons he loves the sun and the sun loves him.

For he is of the tribe of Tiger.

For the Cherub Cat is a term of the Angel Tiger.

For he has the subtlety and hissing of a serpent, which in goodness

For he will not do destruction if he is well-fed, neither will he spit

For he purrs in thankfulness when God tells him he’s a good Cat.

For he is an instrument for the children to learn benevolence upon.

For every house is incomplete without him, and a blessing is lacking in the spirit. Continue Reading