The Clash of Secular and Sacred

The Clash of Secular and Sacred 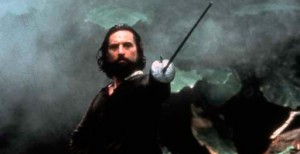 My article for Imaginative Conservative this week connects with my visit to England. It is an analysis of two films by Robert Bolt: Man for All Seasons and The Mission

When church and state conspire together the state ultimately wins, for the church’s real power can never be of this world, and any true believer who is involved in the clash between secular and sacred power will have to face stark choices.

The tensions and personal cost when this clash reaches a climax are perfectly pictured in two classic films written by English dramatist Robert Bolt. Bolt returned time and again to the themes of the individual conscience in conflict with a ruthless and utilitarian establishment. Bolt himself was imprisoned for protesting nuclear weapons, and his heart for the idealistic individual pitted against those who accept “the way of the world” influenced his work on major films like Lawrence of Arabia, Doctor Zhivago, Ryan’s Daughter and Gandhi. Bolt’s two most famous works, however, focus on the clash between sacred and secular power within a Catholic context.

Go here for the whole article