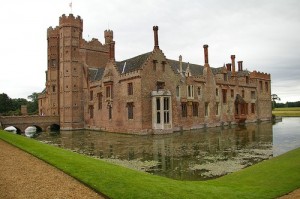 Sometimes on a pilgrimage like this shepherding thirty or forty people and their luggage some stuff goes wrong. You miss a connection or someone gets lost or you could have had some details organized better. On the other hand, sometimes unexpected gifts are given. We’re still talking about the serendipitous Corpus Christi procession at Oxborough Hall and the unexpected privilege of celebrating Mass in the historic chapel. Last night we only had time for a short walk around Cambridge. We visited the oldest church in Cambridge: St Benet’s–with it’s Saxon tower arch. We then walked down past St Catherine’s College, Pembroke and Peterhouse to visit Little St Mary’s–where I used to worship and serve during my time as Chaplain at Kings’ College.

Little St Mary’s is famous for being the Church where metaphysical poet Richard Crashaw was an Anglican curate before he converted to the Catholic Church. He ended up in Loreto where he was appointed a canon before his early death. He was a canon guardian of the Holy House at Loreto, and one wonders if he ever made the connection with the much more ancient Holy House at Walsingham. Crashaw’s Catholic poetry is sublime and mystical. His poem “Lo, the Full Final Sacrifice” is set to music by Gerald Finzi. 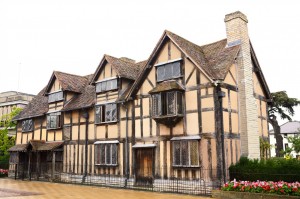 In the afternoon people had free time to enjoy the shops and a beautiful cool summer day in Stratford before heading to the hotel and then straight out to the theater. I went with a group to see Christopher Marlowe’s The Jew of Malta at the Swan while the others went with Joseph to see Othello at the main playhouse.  Tomorrow we head off to Oxford where, after saying Mass at the Oxford Oratory I will leave the group and head to Italy for a week of vacation.

One of the most impressive things about this pilgrimage to England…