A Prophecy of the End Times

A Prophecy of the End Times 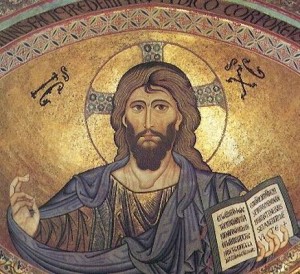 With the increasing violence in the volcano of the Middle East it is difficult not to ponder the growing threat of war, the bitter enemies of Christ’s Church and the gathering storm clouds. As we do, we also remember that behind all the geopolitical and economic struggles a battle is being waged in the unseen realm.
Some time ago Fr. John McCloskey reviewed a book that Pope Francis has recommended repeatedly. R.H. Benson’s The Lord of the World is a grim and sure reminder that we “wrestle not against flesh and blood, but against principalities and powers and the forces of wickedness in high places.”
The best thing about Fr. McCloskey’s review is an extended quotation from Newman about the great apostasy–which puts personal experience above truth. Both Benson and Newman were converts who saw clearly that Christ’s Church is always under attack and that many of the conflicts in the world are part of a more ancient, diabolical attempt to destroy Christ’s body the Church.