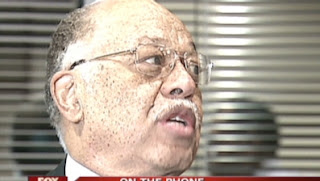 Read the story here of the Philadelphia abortionist Kermit Gosnell, (left) who killed at least one woman, and umpteen babies who were born alive. He charged big bucks to perform late abortions, inducing labor for viable children, then killing them.

Not for the squeamish folks, and how many more monsters like this are out there making millions while preying on the poor, murdering innocent babies and all in the name of ‘choice’ and ‘helping women in crisis’?

Eric Sammons reports here on how the Philadelphia ‘health’ authorities, for nearly two decades, did nothing to stop Gosnell, did not investigate the complaints against him, and had a policy of not making regular inspections of the abortion clinics. He suggests that Gosnell’s macabre practice is not unusual, and that across the country abortionists get a pass on health inspections and regulations, and makes the cogent point, “If they’re murdering babies why should they have much concern for the health of the mothers?”