Admitting the Divorced and Re-Married to Communion?

Admitting the Divorced and Re-Married to Communion? 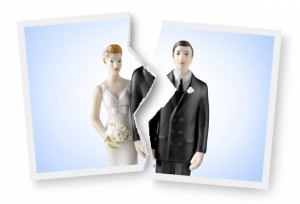 John Allen reports here on the continued conversations about how to  best deal with divorced and re married Catholics.

Every pastor feels sympathy for the spouse who has been abandoned by a creep of a husband or a tramp of a wife. The innocent party in a marriage break up has to suffer?

Why can’t we have the freedom to admit them to communion?

It sounds good, but Allen spots some of the pitfalls.

For the sake of argument, let’s say the pope authorizes bishops around the world to invite divorced and remarried Catholics to Communion on a case-by-case basis, and in turn, the bishop authorizes parish priests to make those calls.

Suppose you’ve got two people whose marriage broke up, both of whom have remarried. Also suppose Father X allows one party to come to Communion, on the basis that he or she wasn’t at fault or has done appropriate penance, but not the other.

Human nature being what it is, how do you suppose that other party would react?

In some cases, at least, the second party would doubtless cry foul.

Some would rail that the priest is biased, or that he doesn’t know the whole story. They’d want to appeal to the bishop, and if they don’t get satisfaction, they’d want to take the case to Rome.

That’s been the experience with the annulment process, and it’s hard to see how this would be much different.

I can see a multitude of other problems.

On first glance it is easy enough to sympathize with the person who has been abandoned by a partner. But in my experience, once you sit down to talk to the other spouse you hear another story.

A man might walk out on his wife and she plays the poor wounded victim of his betrayal. Then you find out that she’s been a complete monster for the last twenty years and he patiently put up with her mood swings, temper tantrums, laziness, selfishness, spending sprees and general beastliness. So he clears off. He gets the blame. She comes up smelling like roses and is the poor wounded one.

It goes both ways. You hear about the man whose wife kicked him out, kept the house, took half his business, kept the kids and he’s living all on his lonesome in a little apartment licking his wounds and portraying her as the villain. They you listen to her and find out that he’s been an absent dad, a freewheeling lothario, kept her on a short chain, never gave her money and she finally had enough.

It’s rarely as simple as it looks.

It seems a better course to streamline the annulment process. A priest friend once said, “Sure there are more annulments being granted. That’s because there are way more invalid marriages being contracted.”

I’m not advocating “no fault annulments” but I’m saying the system we already have is the best we can do. We just need to make some practical changes to make it work better.