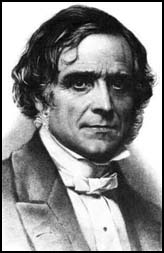 A favorite maxim of mine is by the Victorian English liberal F.D.Maurice. He wrote, A man is most often right in what he affirms and wrong in what he denies.

It is a dangerous saying, and the more you think about it, the more it makes you stand the world on its head. So often we define what we believe and what we do by what we deny, not by what we affirm. We expend huge amounts of energy being against something rather than for anything.

Conservatives are prone to this more than other folks. Because we value the past, when confronted with something new, too often we see the negative (or what we perceive as negative) and react against it, rather than finding what is positive about the new idea, new custom or new direction. We end up denying rather than affirming, and as such we deny ourselves something good, and if we’re not careful, by denying rather than affirming we may deny ourselves something very very good–like eternal life.

F.D.Maurice’s maxim actually brought me into the Catholic Church. While still a Protestant Evangelical I came across this eminently sensible quote. From then on, when I was confronted with something which was new to me, (especially when it was something Catholic) I tried not to deny, and tried to affirm instead. If I couldn’t affirm, at least I didn’t actively deny. I just put the new idea or custom or direction on the side and let it be. I came to realize that Protestantism was based on a whole series of denials. That is what gives Protestantism it’s character–it protests against something. it’s not really uniquely for much of anything. Thus, the more I tried to affirm all that I was presented with in Catholicism, the more I became Catholic, for Catholics should say like Therese of Lisieux, “I will have it all!”

I still try to do the same thing today. Instinctively, I’m conservative, but when confronted with something new like women priests or praise and worship songs or the charismatic movement or blogs or popcorn chicken or Latino music, I try to give it the benefit of the doubt. I try to find out what is good about it, for there must be something good and true (at least a little bit) in every theory, every religion, every idea or custom or practice otherwise it wouldn’t be attractive. That doesn’t mean I accept everything without discernment, and my personal judgement is always subject to the definitions and disciplines of our Church. What it does mean, is that even if I cannot accept something I still try to understand what is good about it.

Think how much better we would all get on if we could all adapt F.D.Maurice’s little dictum: A man is most often right in what he affirms and wrong in what he denies. Think how much richer our life would be! Think of all the new things we would try! Think of the exciting risks we would take. If we could adopt such a motto our lives would be eternally young. We’d run wild with the new, we wouldn’t be bound by our prejudices our bigotry and our narrow mindedness. We’d be constantly curious, open minded, creative and free.