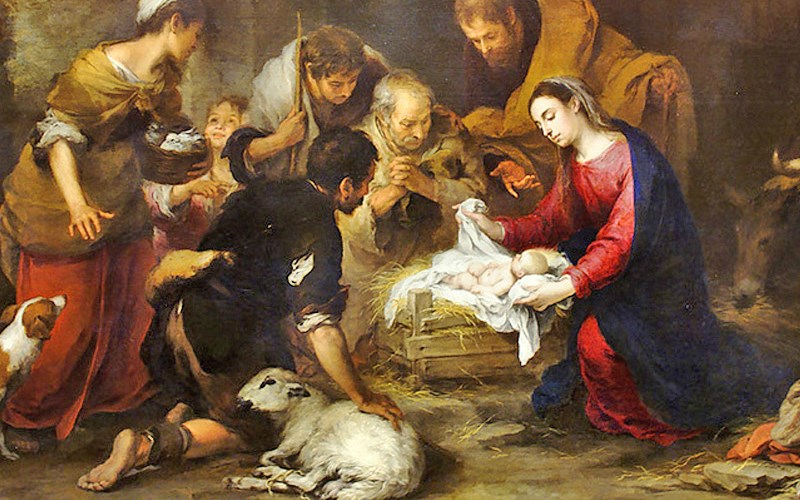 A poll from the Pew Research Center reports that fewer Americans than ever believe the Christmas story is historical. The New York Times reports here about the “Christmas Wars”

The most seismic change captured by the survey, from a theological standpoint, may be the declining number of people who said they believed the biblical story of Christmas accurately reflected historical events.

The survey asked respondents about their belief in four parts of the biblical Christmas story: that an angel heralded the birth of Jesus; that it was a virgin birth; that wise men were guided to baby Jesus by a star; and that he was placed in a manger.

Only 57 percent of Americans believe in all four, down from 65 percent in 2014. There were two factors that contributed to the trend, researchers said. One was that atheists and the religiously unaffiliated appeared even less likely now than in the past to believe the story of Jesus’ birth. The second was “a small but significant decline” of roughly 5 percent “in the share of Christians who believe in the Christmas narrative contained in the Bible.”

This is frustrating on several levels. First, it indicates how much Americans have bundled the Christmas stories into the same magical basket with all the other enchanting tales that clutter up the holiday. I believe it has been one of Satan’s cleverest tricks to pollute the Christmas celebration  with all sorts of magical, mystical nonsense.

Let’s face it, if you have a steady diet of talking snowmen, flying reindeer, an elf who lives at the North Pole and travels around the world popping down chimneys, then an old fellow in England who sees ghosts, the sugar plum fairy and the dancing nutcracker, then you are more likely to take the story of shepherds who see angels and mystical wizards from the Far East who follow a magical star and put them into the same category of enchanting Christmas fairy tales.

I’ve written about this in an earlier post this week here.

The other disconcerting problem is a misunderstanding of the Biblical stories themselves. I know everyone loves the idea of three wise kings going on a long trek on camels following a supernatural star, but the Bible doesn’t actually say that. Therefore, what the cynics are dismissing is not the Bible story, but the legends and fanciful versions that have grown up around the Bible stories.

Then there is the problem with the questions themselves. People were only asked about those four features of the Biblical story? The angel to Mary, the wise men following a star, the virgin birth and the manger bed? Respondents may well have said they don’t believe in those supernatural elements but still believe the essential history is correct or they may well have disagreed with the question because they knew the Bible didn’t actually teach (for example) that the wise men followed a magical star.

This is why the most important apologetics work going on at this time may not be arguments for the existence of God, but proof that the New Testament is essentially historically reliable. That is, of course, what I have endeavored to do with Mystery of the Magi-The Quest to Identify the Three Wise Men but there are also a whole shelf of other excellent books that support the Biblical account in other ways.

Craig Blomberg’s The Historical Reliability of the Gospels is a seminal text. Brant Pitre’s The Case for Christ and Robert Hutchinson’s Searching for Jesus are just a few of them. Colin Humphrey’s The Mystery of the Last Supper are just a few of an ever growing number of books which support the historicity of the gospel account.

We should read them and know them and be able to counter this insidious attempt to portray the gospels as no more than pious fiction, sincere fables and fanciful moralistic tales.