Angels on the Radio

Angels on the Radio 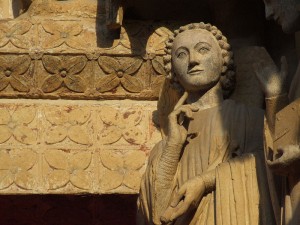 I have started a series of articles called Angels of Advent over at Aleteia. The first is an overview of St Thomas Aquinas’ teaching on angels.

While St. Thomas says the angels can assume a physical body it would be more precise to say they appear to be in physical form. Rather than the angel taking an actual, physical body it is more likely that they manipulate a human’s powers of perception so that the person sees and interacts with the angel, believing he is seeing something physical when, in fact, the visionary’s mind is influenced in such a way that they are only perceiving what appears to be the physical form of an angel.

Does this mean the angel does not really exist? No. The angel exists, but does so out of the range of our physical, material world. This should not surprise us. There are many aspects of reality, like radio waves, that are invisible and yet real. That the angel appears to have a body is one of the ways the angel activates and interacts with our physical realm. To extend the analogy of radio wave, with the proper receiver the radio waves then take the form of real people singing or speaking.