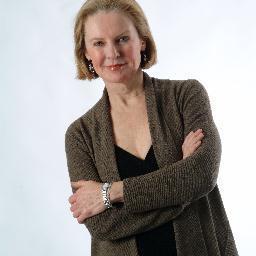 Margery Eagan, the spirituality columnist at Boston Globe’s CRUX website poses a question about homosexuality in this column.

Listening to the reading at Mass this week from Ephesians Margery heard St Paul say, “Slaves be obedient to your human masters with fear and trembling.” The priest explained that times were different back then and St Paul was not really condoning slavery. Slavery was a reality in the ancient world, and Paul was a man of his time. We know better now.

Hearing all this, again, I was left with my perpetual question. In Romans, Corinthians, and Timothy 1, Paul also condemns homosexuality. And those letters, too, have been quoted throughout Christian history to justify treating gay men and woman differently, even to reject them. So how is it that we don’t hear the same “different time” explainers about Paul and homosexuals? How is it that the church has found a way to discount and dismiss what Paul said repeatedly about slaves, but not discount and dismiss what he said repeatedly about homosexuals.

I don’t have the answer. I simply ask the question.

On face value it is a fair question, and it’s refreshing to hear a person in the pew not only listen carefully to the readings from Sacred Scripture, but to think them through and come back with an honest question.

Margery doesn’t have an answer. Maybe I can help.

Firstly, plenty of people do make this “different time” argument, and not just about homosexuality. The Archbishop of Canterbury, George Carey used this argument when debating women’s ordination. In 1 Timothy 2:12 St Paul says, “I do not allow a woman to teach a man or to hold authority over him in church. She should be quiet.” When opponents of women’s ordination used this verse to defend their position Carey waved it away saying, “We know more now about gender roles than they did back then.”

Carey’s problem was that he wanted to disregard Paul and ordain women while at the same time hold out against the homosexual lobby. But they used the same argument to support the ordination of practicing homosexuals and same sex marriage. Did Carey and others object? Was St Paul against such things? “We know more about human sexuality than they did back then.” was the reply.

So the first answer to Margery’s question is, “The argument you make is not new. The Anglicans and other mainstream Protestants have been making the argument for years.”.

The problem with the “different time” argument is that it is a blunt instrument. It can be used to relativize Scripture completely, so if someone doesn’t like this or that they say, “Geesh, that was then. This is now.” We must consider questions of different cultures and different time periods, but these are not the main lines of reasoning when interpreting Scripture.

The other problem with the “different time” argument (and at the reason Catholics don’t use it) is because it reveals a Protestant mindset about the Bible–as if the Bible is the only authority and that it is no more than a book of doctrines or a  book of regulations.

The  Bible is not simply a list of rules and regulations to be followed, nor is it a list of doctrines to be believed. It is the record of God’s relationship with his people. While there are particular commands and regulations written down in particular cultures and time periods, the main things we look for are the overarching principles and the underlying theology. The idea is not so much to glean particular dictums or dictates, but to understand the whole wisdom of God for mankind.

Other basic rules of Biblical interpretation say that we do not take verses out of context, nor do we argue a position from one verse or a handful of verses alone. Scripture interprets Scripture. We weigh up not only the whole of one author’s writings, but what the whole of Scripture teaches. Finally, Catholics are not “Bible only” Christians. We believe the Sacred Scriptures are the inspired record of the acts of God in Christ as lived by his church. The Scriptures come from the Church and are interpreted by the Church. Therefore it is to the Church’s magisterium that we turn for the final interpretation.

Considering these rules of interpretation, let’s consider the question at hand: St Paul seems to condone slavery and condemn homosexuality. We reject his acceptance of slavery due to historical differences in culture, why not reject his condemnation of homosexuality if times have changed?