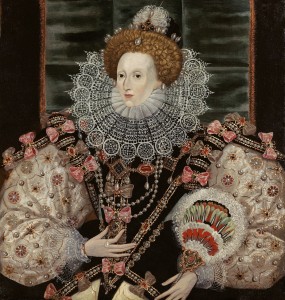 This week’s article for the Imaginative Conservative explains the true character of Queen Elizabeth I of England.

Was she “Good Queen Bess” the “Virgin Queen” or something much more vile?

Confronted by these threats, Elizabeth’s men set up a harsh plan of counter-terrorism. If the pope and the Catholic monarchs were her enemies, then so were all Catholics. Legislation against treason was extended to catch not just those who questioned Elizabeth’s legitimacy, but all missionary priests and those who sheltered them. Torture was not supposed to be permitted, but they devised special laws to justify its use to gather information from captured Catholic priests. After torture, the standard penalty for traitors was to be hanged, cut down when still alive, castrated, disembowelled and dismembered. Over 100 Catholic priests suffered this fate. Their fate was horrible and their heroism was historic.

The gruesome example had been started by Elizabeth’s father. The first to die so terribly was the Carthusian abbot John Houghton. From his own cell in the Tower of London Thomas More saw Houghton and two others being dragged to Tyburn on hurdles and exclaimed to his daughter: “Look, Meg! These blessed Fathers be now as cheerfully going to their deaths as bridegrooms to their marriage!” Still alive when the executioner grasped his still beating heart, Houghton cried out, “Dear Lord Jesus, what will you do with my heart?”