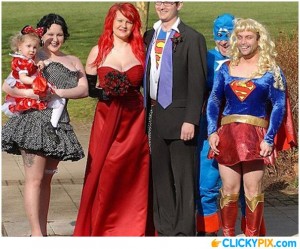 My latest article for Catholic World Report recognizes that marriage in any Christian sense of the word has disintegrated long ago in the USA, and recommends what we might do about it.

Commentators blame the Supreme Court justices for “redefining marriage”, but we began to redefine marriage fifty years ago when we accepted artificial contraception, when we gave the nod to no-fault divorce, when we shrugged our shoulders and went to the second and third marriages of our friends, when we encouraged our children and grandchildren to live together before marriage in order to “try it out.” We redefined marriage when we voted for pro abortion politicians or got sterilized, overlooked our kids’ promiscuity, endorsed homosexuality and gave our kids condoms and a wink on prom night. Whether one likes it or not, it was not the Supreme Court justices who redefined marriage. It was us.

My suggestion, which I will be writing on further in other places, is that the state should simply get out of the marriage business altogether. State legislators should stop providing “marriages that are meaningless” and provide a registration system for civil partnerships.

The solution is simple: If Randy and Andy want to get hitched they go to the judge or justice of the peace and present some minimal paperwork— a valid ID to prove they are not an illegal immigrant trying to find a way to stay here, a birth certificate to prove they are not underage and (if applicable) any previous marriage licenses and divorce papers. They register their partnership and then they can tootle off and have whatever sort of ceremony they desire. If they want a Christian ceremony they can go to any number of Protestant churches. If they want Aunt Patty to marry them on a mountaintop on horseback dressed as cowboys with their own made-up vows—let them do it the ride off into the sunset.

This is a realistic solution on the part of the state: since people of the same sex can marry, people who are divorced can re-marry umpteen times, individuals who have no intention of forming a permanent marriage–and make up their own vows with a “minister” who has bought his ordination certificate online can marry–marriage is meaningless. The state could therefore register partnerships and those who still believe in marriage can also register their partnership, but go to their church, temple or synagogue or mosque to make marriage vows that have meaning.

This does not exclude gay people who want to be “married” they can take themselves off to the church of Bishop Gene Robinson or any of the number of gay friendly Protestant groups for a wedding that is religious.