Be A Friday Fish Eater

Be A Friday Fish Eater 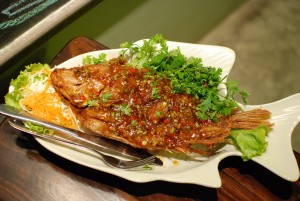 A Protestant friend who lived in Philadelphia once said, “You know why those Catholics eat fish on Friday? They’re all Italians, and the Italians have the fish market downtown. So they got the Italian pope to make that rule so they could all sell their fish on Friday so it wouldn’t go off over the weekend.”

Well, not quite. Catholics were sometimes called “fish eaters” because of the ancient discipline of abstaining from meat on Fridays in solemn remembrance of the Lord’s death. As they couldn’t eat meat, fish was on the menu.

Good Friday is one of the days of the year in which the whole Catholic church is supposed to observe a day of “fasting and abstinence.” Abstinence means not eating meat and fasting means “a person is permitted to eat one full meal, as well as two smaller meals that together are not equal to a full meal.”

Such rules! The problem with rules and regulations is that as soon as they are specified more questions arise.