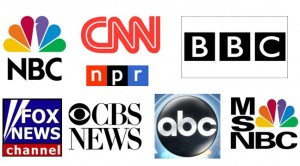 Do you remember how the story about the abortionist and serial killer Kermit Gosnell was ignored by the mainstream media?

What’s their response to the latest American abortion horror story?

Mollie Hemingway at The Federalist gives a review of the papers here.

At 8:00 AM on Tuesday morning, a pro-life group released two videos showing Planned Parenthood executive Deborah Nucatola munching on a salad and sipping red wine while discussing the harvesting of organs from the babies killed by abortion. One was a nearly 9-minute edited video of the nearly 3-hour discussion. The other was the unedited discussion.

Because of the graphic nature of the discussion — Nucatola specifically discusses altering abortion procedures to procure hearts, brains, lungs, and livers from the babies whose lives Planned Parenthood ends by abortion — the video immediately lit up social media. Unlike most significant stories about major hot-button social issues, however, no major media reported on the news until 4:30 PM that afternoon. Some are still working on (or working on hiding) their coverage of the story. Let’s look at some of the major media outlets and how they did.

She analyzes how quickly they got the story out, how they changed the story and the headlines later and how most of them skewed the story in Planned Parenthood’s favor.

The mainstream media are essentially propaganda providers for the culture of death in this country.

Let’s imagine a story that is similarly horrible: “Government runs secret death camps where a “final solution” to the immigrant problem is resolved.” Let’s imagine that the USA government started shipping illegal immigrants to detention centers where they were forced to work and the elderly and unfit were sent to gas chambers, children were experimented on in cruel “medical” labs. Then they discover that the government is harvesting human organs from the corpses of the immigrants they gassed before throwing the bodies into shallow graves or into the furnace. Let’s imagine that a secret video was filmed from inside the camp chronicling these horrors.

Mainstream media would write: “Heavily Edited Covert Video Undermines Government Rehabilitation Program”. Visitors from Mexico are being given free accommodation, jobs and educational opportunities in government funded community colleges run by Planned Immigration Services. These life enhancing programs give immigrants the chance to focus on their studies without distraction from the outside world. All food and shelter is provided free of charge. Medical care is provided in these legal clinics and should death occur while at the re-training center the government allows people to volunteer to be organ donors after their demise. Families don’t have to worry because cremation services are also provided by the government. We don’t understand why people are upset by this. The Planned Immigration program is perfectly legal and funded by the tax dollar. Those who sought to “expose” what they call “death camps” are alarmist, deceitful and untrustworthy…”