Cecile Richards: The Vampire Strikes Back

Cecile Richards: The Vampire Strikes Back 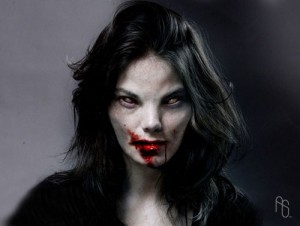 So here’s where we are: a rather pleasant looking, well educated, professional woman in a smart restaurant nibbles her salad and sips her wine while she discusses how best to pull a baby from it’s mother’s womb, then she explains how she plans where she will place the forceps so that she “crushes” the part of the baby’s body that is not marketable.

If a head or brains are wanted by the customer they baby will be inverted to be pulled out feet first. That way she can shove a scissors into the back of the baby’s brain and conduct an illegal partial birth killing. She justifies this by saying this was not “the intent” at the start of the “procedure”.

Then she sips her wine and chillingly refers to the amount of money that is charged for the “specimen” and how they circumvent the law by calling the payments “re-imbursement”. It’s all okay because the mother “consented” to donating those “fetal tissues”. Unfortunately the person to whom the “tissues” belonged: the murdered child–never got to sign a consent form.

Then her boss–Cecile Richards makes a slick video apologizing for the “tone” of her employee which didn’t reflect the care and concern that Planned Parenthood want to convey in their propaganda. Yes,  that would be the same Cecile Richards who (so I’ve been told) rakes in the whopping salary of $600K to run her chain of abortion mills. The Anchoress takes the video to pieces here.

It wasn’t actually the tone I found offensive. In fact the tone of the abortionist was chilling not because it was offensive in any way, but because she was so nice, well spoken and very much “the girl next door.” What was offensive was that such a nice girl was sipping her wine in a nice restaurant chatting amiably about dismembering babies.

We’ve gotten use to pro aborts being casual about baby killing. I thought Ms Richards might have said something about her colleague’s off hand comment that “lots of people like livers..” and the talk about how to carefully place the forceps and “crushing here and not there” so the babies’ organs will remain intact so they can be delivered safely in order for Planned Parenthood to be successfully “re-imbursed”? That wasn’t tone. That was content.

Some people have compared this to cannibalism referring to the villain Hannibal Lector’s famous line about eating human liver with “fava beans and a nice chianti.”

The comparison is apt, but it seems to me that another illustration from the world of horror films is also apt: vampirism. Continue Reading