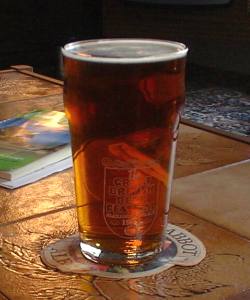 OK, I know I rant about the decline of England and the Church of England at times. One person commented that I seem so bitter about my time in England. “Wasn’t any of it good?” She asks.  I guess I grumble about England not because I dislike her, but because I love her and I’m sad to see so much of what I love about England going down the drain.

So, for the record, and from the SOMH Archives, here’s what I love about England:

And what do I love about the English themselves? Tweed jackets and trousers that are too long. The suicidal tendencies of their old ladies on bicycles. That their lawyers wear wigs. The Queen’s squeaky voice. Public schoolboys in uniform. Their stiff upper lip. The blitz spirit. English barmy sense of humor. Their patience in queues. Their ability to sit on your lap on a crowded train and pretend nothing is wrong. Their women are frumpy. The way the men wear white button down dress shirts for sports. The way they ignore the Welsh. The ridiculousness of the Church of England. Their reluctance to enter the twentieth century. Their attachment to the ‘airing cupboard.’ Their fondness for mystery stories. Their appreciation for gardening. That they like to hike wearing shorts, sturdy shoes and a hat. That they maintain the footpaths. That they complain a lot. That their national game takes four days, and no one can explain what’s going on. That they treat language like a poem. That they like trains. They like a bargain. That they are suspicious of religious enthusiasm. That their greatest national heroes are losers.