Blowing the Whistle on Liberal Hypocrites

Blowing the Whistle on Liberal Hypocrites 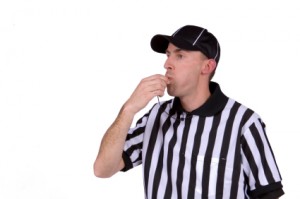 The attack on hypocrites in religion typically focusses on the uptight, self righteous conservative Catholic who judges others while they themselves are guilty of the same sin.

You know the schtick: “Mildred is always saying what terrible sinners young people are for sleeping around, but it turns out she’s been having sex with her neighbor’s husband!”

or “Those Catholics are such hypocrites. They’re always talking about helping the poor, but they’re sitting pretty in their big houses and driving their posh cars.”

The first thing to observe is that every Christian is a hypocrite to a certain extent simply because we uphold a moral standard that is impossible to achieve until we have become saints. In other words, we fail. We stumble and fall. Furthermore, we cover up our failures and we hide our shame.

So we’re all hypocrites. My hand is up. I’m a hypocrite. You’re a hypocrite. If we are not yet saints, then we are still a work in progress and we must admit that we stand for a heroic standard of behavior that we are still trying to attain.

What nobody ever talks about, however, are the particularly Catholic form of hypocrites which are paraded in front of us all the time with absolutely no shame. In fact these hypocrites wear their lying, two faced hypocrisy on their sleeve and seem to be proud of it.

I’m talking about liberal Catholics who think it’s smart to be “cafeteria Catholics”.

Politicians like Nancy Pelosi who hold their head high and brag about being “devout Catholics” while they support Planned Parenthood are the most blatant hypocrites imaginable, but who calls them on it?

Joe Biden flashes that fake smile of his and assumes his mock sincerity and talks in hushed tones about his “deep Catholic faith” while supporting same sex “marriage”? The two faced, lying hypocrite! That’s not what the Catholic Church teaches and furthermore, he knows it and still wears his Catholic hypocrisy on his sleeve like some sort of badge.

Instead the establishment figures like too many of our bishops smile and ingratiate themselves with these people of power. If they wear their Catholic hypocrisy in public they should be called on it in public. Their pastors should speak out publicly and correct their lying hypocrisy and call it what it is and say, “Nobody likes a hypocrite and I’m sorry Ms. Pelosi, but I need to correct your understanding of Catholicism.  You can’t make up your own version of our faith.”

I’m not done. The same snakes are in the field of journalism. Continue Reading