Whatever Happened to Heroes?

Whatever Happened to Heroes? 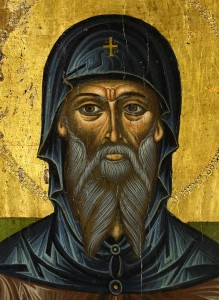 I have not been following the synod proceedings much because as far as I can make out most of the press about it is gossip, and like most gossip it is biased, ignorant and designed to stir up conflict, stoke the flames of discontent, apportion blame without ascertaining facts and being generally nasty and destructive.

I’m going to wait for final statements and final decisions.

But one thing has come oozing out of Rome in my direction, and it is more of a vague feeling or gut instinct than anything based on facts, and that is the feeling that within the church today there is a spirit of appeasement with the world–a kind of deadly softness that kills the spiritual life.

It is not always an outright decadence or heresy, but the best way I can describe it is a certain lack of bite. The spice is gone. The table turning Jesus has been locked away. The sarcastic and righteously judgmental Jesus has been smoothed over with a kind of sweet and sentimental softness. They’ve watered down the wine and tamed the lion.

It’s all “Neither do I condemn you” without the “go and sin no more.”

Instead of this divide I would say that the “church of nice” is really better termed “the church of lazy”.

Laziness or Sloth is a sin because sloth is the fruit of complacency. The slothful person doesn’t think a thing is worth doing. He thinks that everything is okay as it is. The slothful Christian doesn’t make the effort and his only enemy is the person who tells him to get up and get going.

I’m thinking of that old Keith Green song where he cried out, “Jesus rose from the dead and you? You can’t even get out of bed!”

This spirit oozing out of the synod is the spirit of sloth and ease. The purveyors of this false gospel want the doors to be opened wide and for everyone to be included, but they forget that the way is narrow and few there be that find it. They forget that broad is the way that leads to destruction and that the way down is not a precipitous drop into the abyss, but a wide and ever so slight downward incline.  Continue Reading