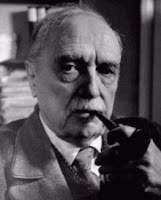 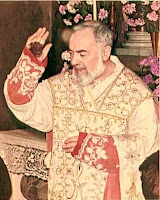 Padre Pio was almost an exact contemporary of Rudolf Bultmann the German Lutheran theologian who, out of a regard for the difficulty modern men and women have in accomodating the traditional teachings of Christianity to their twentieth century perceptions, devised a theology that ‘demytholigized’ the gospels, stripping away such uncomfortable baggage as miracle and other accoutrements of a ‘first century worldview’ in order to get at what he believed to be the essential kernel of truth underlying all the ‘mythological’ paraphernalia…how different was Padre Pio in style and results! Without publishing a book or delivering a single university lecture, he convinced thousands, even in the age of ‘historical criticism’ of the Bible and the ‘Death of God ‘theologians, that miracles are not mythology but reality. Through his life and ministry thousands came to accept the Bible and all the historical doctrines of Christianity.
It might be added that Bultmann succeeded in doing just the opposite.
There is a delightful detail in Paul Thigpen’s modern re working of Dante’s Inferno called My Visit to Hell. There is a circle in which the modernist theologians are all consigned to eternity in a diabolical seminary being tortured by demons. They have to eat burning books, and the books they have to eat are their own. A maniacal demon–force feeding Bultmann screams in crazed delight, ‘de-mythologize that if you can…’
PatheosDwight2009-03-29T08:22:00-04:00March 29th, 2009|Categories: Patheos|10 Comments