C.S.Lewis and the Death Penalty

C.S.Lewis and the Death Penalty 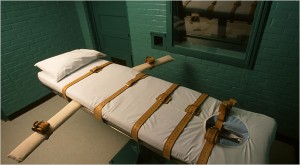 This morning, in an unprecedented step four Catholic national publications have issued a joint editorial. National Catholic Register, National Catholic Reporter, America Magazine  and Our Sunday Visitor have all called for an end to the death penalty. You can read the editorial here.

In an excellent essay called The Humanitarian Theory of Punishment Lewis enters the capital punishment debate with a deeper discussion of the principles of punishment. When considering capital punishment we must think through what punishment is for in the first place. Lewis points out that there are three humanitarian reasons for punishment: deterrent, protection of the population and rehabilitation of the offender. While these three might seem the obvious reasons for punishment, Lewis goes on to argue that they are not actually humane because they will inevitably lead to injustice against the prisoner.

To nutshell his argument, if deterrent is the reason for punishment, then the sentence should be as severe as possible to scare others from committing the crime. But a particular crime may not warrant a severe offense. Sharia law dictates that homosexuals be thrown from high buildings, adulterers be stoned to death and thieves have their hands hacked off. No doubt such punishments have a deterrent factor, but they are abhorrent and unjust.

Likewise, if rehabilitation is the reason for punishment it can end in injustice and cruelty. If a person is to be imprisoned or punished in some other way until he is reformed and changes his mind he might stay in prison for a very long time and therefore suffer a great injustice.  Conversely, he may feign rehabilitation in order to attain early release and that too would be unjust. If the person is imprisoned for an ideological crime he may never recant because to do so, for him, would be to sell his soul. Let’s imagine that a pro life demonstrator was jailed and told that he would only be released if he agreed that abortion was okay. In resisting such “rehabilitation” he would have to be imprisoned forever because he will never recant. Rehabilitation, therefore, as a motive for punishment leads to injustice.

Lewis calls for retribution to be the basis for punishment. By retribution he does not mean revenge. Revenge is the primitive “eye for an eye and a tooth for a tooth” and that way leads to the chaotic, endless downward spiral of vengeful feuds. Instead retribution is society’s objective and clearly delineated code of punishment that first the crime. It is simple and fair for all: “You did X. You get Y”. You were speeding. You pay a fine of X amount of dollars. Done. Finished. Debt to society paid.

The judge has a list of crimes and he puts that next to the list of punishments and the criminal gets what’s coming to him. No more and no less. The judge then has authority to lengthen or shorten the sentence according to extenuating circumstances and motivation.

Now how does all this apply to capital punishment? Continue Reading