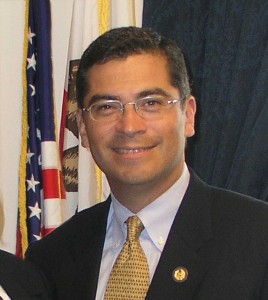 The Federalist reports here on California’s attempt to throw pro life campaigner David Daleiden in prison because he secretly filmed Planned Parenthood officials seeming to discuss how they dismember unborn babies and crush their skulls before they are born so they can harvest and then sell their body parts.

“The right to privacy is a cornerstone of California’s Constitution, and a right that is foundational in a free democratic society,” Becerra said in his statement announcing the charges. “We will not tolerate the criminal recording of confidential conversations.”

This is where our society now stands. A conversation that took place in a public place is considered private and  cannot be recorded but surveillance cameras in public places are commonplace and not considered to be an invasion of privacy. Furthermore, the clandestine recording of criminal activities is not permitted by private citizens but it is permitted by politicians and police? Hmmm.

The moral implications are even more astounding. A person’s right to privacy  is a “cornerstone of California’s constitution but the right to life of an unborn, late term child is not a cornerstone of our national life? Its creepy, terrifying and disgusting.

At National Review David French compares the case to a similar case in California in which animal rights protesters secretly filmed the goings on at some poultry farms. The state responded by investigating the poultry farmers, not the investigators.

California’s case not only fails on the merits, it reeks of selective prosecution. There is no shortage of examples of concealed-camera videos in California exposing scandalous behavior (the Federalist’s Sean Davis has been tweeting them since the indictment), often in the arena of animal rights.

In 2014, a group called Mercy for Animals released an undercover video that “allegedly show[ed] widespread animal abuse and cruelty at one of California’s largest duck farms.” Authorities reportedly responded to the video — by investigating the farm.

In 2015, the same group released yet another undercover video, this time exposing “apparent mistreatment of chickens at a Foster Farms poultry slaughterhouse in Fresno and at three poultry farms in Fresno County.” Once again, authorities responded — once again by investigating the farm.

I know its an internet cliche to compare your opponent to the Nazis, but the comparison is real.

These are people who are aborting late term babies so their organs can be used for research. How is that different from Dr Mengele’s ghoulish experiments at Auschwitz?

What if a David Daleiden secretly posed as a Nazi doctor and infiltrated Dr Mengele’s clinic in Auschwitz and recorded on camera what was going on there?  What if he documented the work of Mengele. In case you are unfamiliar with his “research” here’s a reminder:

Twins were subjected to weekly examinations and measurements of their physical attributes by Mengele or one of his assistants.[49] Experiments performed by Mengele on twins included unnecessary amputation of limbs, intentionally infecting one twin with typhus or other diseases, and transfusing the blood of one twin into the other. Many of the victims died while undergoing these procedures.[50] After an experiment was over, the twins were sometimes killed and their bodies dissected.[51] Nyiszli recalled one occasion where Mengele personally killed fourteen twins in one night via a chloroform injection to the heart.[34] If one twin died of disease, Mengele killed the other so that comparative post-mortem reports could be prepared.[52]

Mengele’s experiments with eyes included attempts to change eye color by injecting chemicals into the eyes of living subjects and killing people with heterochromatic eyes so that the eyes could be removed and sent to Berlin for study.[53] His experiments on dwarfs and people with physical abnormalities included taking physical measurements, drawing blood, extracting healthy teeth, and treatment with unnecessary drugs and X-rays.[3] Many of the victims were sent to the gas chambers after about two weeks, and their skeletons were sent to Berlin for further study.[54] Mengele sought out pregnant women, on whom he would perform experiments before sending them to the gas chambers.[55] Witness Vera Alexander described how he sewed two Romani twins together back to back in an attempt to create conjoined twins.[50] The children died of gangrene after several days of suffering.[56]

Let’s say the David Daleiden of that day filmed Dr Mengele and his associates discussing their activities.

Presumably Xavier Becerra would hush it up and prosecute the reporter for invasion of privacy, and wouldn’t that be the same as being a holocaust denier?

Such insanity is only exceeded by its diabolical depravity.