The Flaw in the Benedict Option

The Flaw in the Benedict Option 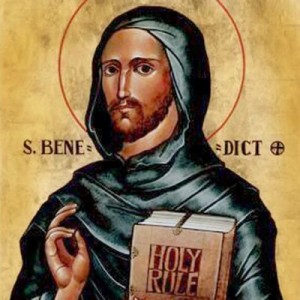 Writing for The Federalist Luma Simms offers her own stark critique of Rod Dreher’s Benedict Option. For those who are not in the know, Dreher’s recent book campaigns for Christians to beat a retreat in the culture wars. He doesn’t exactly call for us to hunker down, pull up the drawbridges and man the battlements, but there is a definite fortress mentality in his approach.

I have reviewed Dreher’s book positively here at The Imaginative Conservative, and I think it is a good analysis of the present situation in the religion-culture wars. However, Simms article makes an interesting point. She observes that the appeal of Christian communalism has been around for a long time, and she relates her own bad experience of opting out of contemporary American life and opting in to a Christian alternative, communal lifestyle.

She and her family left the zippy life of Southern California to associate with a Protestant group of alternative lifestyle folks.

We were particularly captivated by two of these Benedict-like communities, both deliberately founded in smallish cities in rural states with easy access to land for member families. We listened to recordings of their pastors and preeminent community members espousing the glories of life together in their churches and neighborhoods. We were hooked. We were convinced we had to go this route to survive degenerated American culture and raise godly children.

This was part of the impetus that drove us to flee Southern California, not to join one of these seemingly exemplary Benedict-like communities, but to at least be closer to other sympathizers, to join a community that affirmed the same creed and stood in solidarity with the brave agrarian vanguard of authentic Christianity. This was conveniently facilitated by the leaders of these exemplary communities having founded their own Protestant denominations, whose member churches could easily be identified online.

So for a time we found our solidarity and quasi-Benedictine community in this little corner of Christendom, but didn’t yet realize what a little corner it was. Church authority was held in high regard, but it gradually became clear that few could agree on what that meant. Everyone (inspired by genuine Christian motives, I concede) believed a countercultural lifestyle was of primary importance. This left matters of church governance to be of secondary importance at best, and through a series of events, the church and community fell apart.

For anyone who is familiar at all with the history of Protestantism, this is the genetic code of the movement. The first Protestants were iconoclastic utopianists. The Anabaptists, Quakers, Shakers, Zwinglians, Mennonites, Amish etc. etc. etc. were all going to head to the hills, farm their farms, mind their own business and create a little Protestant Nirvana. Their legacy extended to the religious communities of the new world with the Puritans, the various Protestant sects in Pennsylvania and elsewhere.

In every generation, this independent, individualistic Christianity continued to spawn new sects, congregations and denominations. Every generation threw up a new breed of church leaders, and every one sooner or later ended up with disillusioned, disgusted and disbelieving followers.

I was brought up in this kind of religion. The little independent Bible church in Pennsylvania was founded by enthusiastic Evangelical Christians in the 1960s who were reacting against the liberal trends in the mainstream Protestant churches. It soon came apart. Leaders quarreled, questions about finances simmered, pastors were caught with their trousers down, youth leaders turned out to be stinkers and the experiment soured. In her article Simms pushes at the same problem.

Here, then is the fatal flaw in Dreher’s Benedict Option: it’s not Catholic. I understand Dreher’s reasons for leaving the Catholic faith because I have discussed them with him personally. I respect his integrity and I share his dismay with many of the human failures of the Catholic Church. I happen to like Eastern Orthodoxy and admire the liturgy, faithfulness in suffering, spirituality and much of the wisdom from the East.

I also admire much of the zeal, relevance and drive of the Evangelicals.

However, when it comes to the Benedict Option the Catholic Church offers a few correctives that the Protestants in their zeal cannot replicate.

And that is discipline and order.

Yesterday I had the privilege of visiting Clear Creek monastery in Oklahoma. I am here conducting a parish mission and some good folks drove the three hours from Edmond to the wilderness on the other side of Tulsa to visit the increasingly famous Benedictine Abbey.

This is the authentic “Benedict Option”. Continue Reading