Can a Catholic Vote for Bernie Sanders?

Can a Catholic Vote for Bernie Sanders? 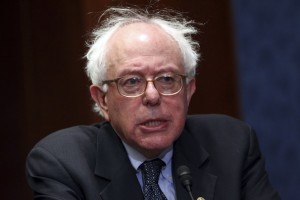 As always when I comment on politics be clear that I am making observations. I am not endorsing any candidate and I am not telling anyone who they should vote for.

Sanders says he is a Socialist, and Catholic social teaching condemns socialism right?

“You are aware indeed, that the goal of this most iniquitous plot is to drive people to overthrow the entire order of human affairs and to draw them over to the wicked theories of this Socialism and Communism, by confusing them with perverted teachings.”

Unfortunately it’s not quite as simple as that. There are different forms of socialism.

Totalitarian socialism is the sort we associate with communism, forced state ownership of all capital and oppressive state control, and it was this form of socialism leading to communism which the popes condemned so soundly.

On the other hand, Democratic socialism (which is what Sanders espouses) seeks to counter the abuses of unfettered capitalism through state regulation on behalf of the people. It aims to use democratic means to accomplish its goals and claims therefore to truly be government “of the people, by the people and for the people.”

In this excellent essay on the history of Europe Pope Benedict XVI clarifies the difference between these two forms of socialism and recognizes the benefits of democratic socialism.

But in Europe, in the nineteenth century, the two models were joined by a third, socialism, which quickly split into two different branches, one totalitarian and the other democratic. Democratic socialism managed to fit within the two existing models as a welcome counterweight to the radical liberal positions, which it developed and corrected. It also managed to appeal to various denominations. In England it became the political party of the Catholics, who had never felt at home among either the Protestant conservatives or the liberals. In Wilhelmine Germany, too, Catholic groups felt closer to democratic socialism than to the rigidly Prussian and Protestant conservative forces. In many respects, democratic socialism was and is close to Catholic social doctrine and has in any case made a remarkable contribution to the formation of a social consciousness.

The totalitarian model, by contrast, was associated with a rigidly materialistic, atheistic philosophy of history: It saw history deterministically, as a road of progress that passes first through the religious and then through the liberal phase to arrive at an absolute, ultimate society in which religion is surpassed as a relic of the past and collective happiness is guaranteed by the workings of material conditions.

While Benedict sees the good things in democratic socialism he also warns against any state that assumes too much control. In Deus Caritas Est he writes,

“The State which would provide everything, absorbing everything into itself, would ultimately become a mere bureaucracy incapable of guaranteeing the very thing which the suffering person – every person – needs: namely, loving personal concern. We do not need a State which regulates and controls everything, but a State which, in accordance with the principle of subsidiarity, generously acknowledges and supports initiatives arising from the different social forces and combines spontaneity with closeness to those in need. …

No economic system is perfect and no single economic system can be said to be “Catholic” but it would not be inconsistent for a Catholic to vote for a Democratic Socialist. Indeed, the reason so many Catholics voted for the Democratic party over the years was because they perceived the Democrats to be the party of the poor, the marginalized, the workers and the “little guy.”

The other big issues for Catholics are abortion and the defense of marriage. Unfortunately, Bernie Sanders toes the Democratic party line and supports Planned Parenthood, liberal abortion laws, same sex marriage and the whole liberal agenda on marriage and gender.

One therefore has to look at the options: could you vote for a candidate because you favor his stance on economics while you hold your nose over his position on family and life matters?