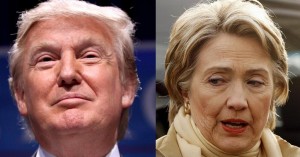 It was intriguing watching the results of the Iowa caucuses come in last evening, and in case any body is biting their nails about a priest writing about politics, take a deep breath.

I’m not telling anyone how to vote. I’m not endorsing anyone. I’m writing as an American citizen and making some personal observations. You can disagree with me if you want. I am not speaking infallibly….

I’ll start by finding something good in what I saw. Marco Rubio gave an excellent speech. He was positive, upbeat, articulate and inspiring. He’s got the momentum he needs. Bernie Sanders comes across as genuine, passionate and sincere in his down to earth way. I don’t agree with all his policies, but he seems to hold them in a sincere and uncompromising way and that’s refreshing.

That’s all I could find that was good however.

I wrote here that Cruz is the smartest of the candidates. The post was entitled “Why Cruz is the Smartest Wolf in the Pack”.

Despite my clear denials, some readers thought it was an endorsement for Cruz. They missed the word “wolf” in the title.

His victory speech was long winded, self righteous, militaristic saber rattling crowd pleasing demagoguery, and it revealed that Cruz’s tactic at this time is to steal just as much of Trump’s “I’ll make America great again by building fences and bombing people” mantra as possible. His fear mongering and military threats are only better than Trump’s because Cruz is more eloquent, a smarter politician and a more organized tactician. As such I’m with those who (when you scratch the surface) reckon Cruz is even more dangerous and unlikeable than Trump.

Does “unlikeable” matter? Yep. Maybe people don’t like Cruz for some good reasons.

The other nauseating speech of the night was Hillary Clinton’s. She strode out with Bill and Chelsea and mouthed all of Bernie Sanders’ lines and spoke them with a rehearsed passion and hokey fervor that only showed what a phony she is. Geesh! How can people stomach this stuff?

We should stop and look at character. Consider the character of Billary Clinton and Donald Trump. These people are ruthless. They have an unbroken track record of dirty tricks, cheating, lying, covering up, saying anything to get elected and doing anything they want while in office. The Clintons and Trumps are corrupt through and through, and people should stop once again and realize that the Clintons and Trump are in this together.

Would you buy a car from this man?

If Trump does not run as an independent, if he signs off with a dignified thank you and rides into the sunset I will be the first one to eat my hat and finish it off with a slice of humble pie.