Can a Good Catholic Still Be a Global Warming Skeptic?

Can a Good Catholic Still Be a Global Warming Skeptic? 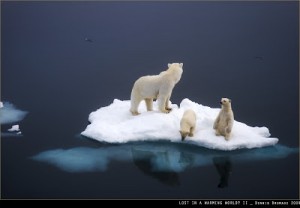 I’ve had an interesting question from a person preparing to enter the Catholic Church. He disagrees with the pope about global warming.

Does than mean he can’t be a good Catholic? He thinks the pope is wrong about global warming. How does that affect what he’s come to believe about papal authority?

Pope Francis has published Laudato Si about our responsibility to be good stewards of creation and sure enough, he does declare  not only his belief in global warming, but the idea that humans are at least partially responsible for it.

23. The climate is a common good, belonging to all and meant for all. At the global level, it is a complex system linked to many of the essential conditions for human life. A very solid scientific consensus indicates that we are presently witnessing a disturbing warming of the climatic system. In recent decades this warming has been accompanied by a constant rise in the sea level and, it would appear, by an increase of extreme weather events, even if a scientifically determinable cause cannot be assigned to each particular phenomenon. Humanity is called to recognize the need for changes of lifestyle, production and consumption, in order to combat this warming or at least the human causes which produce or aggravate it. It is true that there are other factors (such as volcanic activity, variations in the earth’s orbit and axis, the solar cycle), yet a number of scientific studies indicate that most global warming in recent decades is due to the great concentration of greenhouse gases (carbon dioxide, methane, nitrogen oxides and others) released mainly as a result of human activity.

So can you disagree with the pope on this issue? Are papal encyclicals infallible? If you can disagree with Pope Francis about global warming and continue to turn up your air conditioning and drive your gas guzzling Oldsmobile, why not disagree with Pope Paul VI about artificial contraception and do your own thing?

For a papal document to be infallible certain criteria have to be established.

No pope since 1870 has designated an encyclical as an exercise of papal infallibility, which requires three conditions: 1) the subject is a matter of faith or morals, 2) the pope must be teaching as supreme pastor, and 3) the pope must indicate that the teaching is infallible.

When it comes to global warming is the Holy Father teaching infallibly? Continue Reading