Can There Be a Catholic Schism?

Can There Be a Catholic Schism? 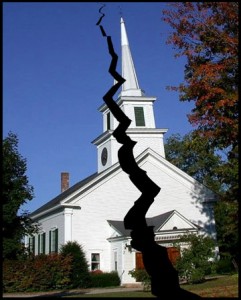 Some of my blog posts are going to start appearing over at the National Catholic Register website.

My first blog post for NCR is a comment on progressive theologian Daniel Maguire’s suggestion that the Catholic Church will split into three wings like Judaism–Reformed, Conservative and Orthodox.

I agree with Daniel Maguire that there are three perspectives within the Catholic Church. I could even put names and faces to his three groups of Orthodox, Conservative and Reform Catholics. The Orthodox are the traditionalists who love the Extraordinary Form of the Mass. The Conservatives are the Novus Ordo “Evangelical Catholics”. The Reform are the Nuns on the Bus, Spirit of Vatican II, “I’ll do it My Way” Catholics.
We all know that these three groups exist within the Catholic Church, and that there is conflict among them. However, despite the conflict we still assert a core unity around the magisterium and authority of the Pope.
To break with this is to be in schism, and there is no sense Maguire saying that the Catholic church will “broaden into three categories.” It already has.