How Protestants Are Destroying Christianity

How Protestants Are Destroying Christianity 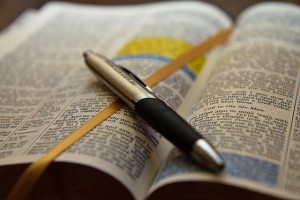 Right up front I should say that there are plenty of terrific Protestant Christians.

They love the Lord. They live their faith. They reach out to the needy. They engage in mission work. They give generously. They are joyful and radiate their Christian commitment more strongly than many Catholics.

I don’t dispute the holiness and courageous witness of many Protestant Christians of all denominations and traditions.

But there is a problem with their theology which ultimately undermines both their own Protestant religion and Christianity in general.

It is their doctrine of sola Scriptura or “Bible Alone”.

This longer article goes into detail about the problems with sola Scriptura, but here are a few contemporary problems with this belief:

The weakness of sola Scriptura is that if the Bible is the only authority it has to be watertight and completely consistent within itself and for the church and for the world.

The problem is that the Bible’s just not like that. It is not a single, consistent, cross referenced, totally precise document. It is not a constitution or a legal contract. It is not an agreed rule book for the game or a set of instructions. It is not a neat owner’s manual or a company handbook complete with a set of protocols for every situation.

The Bible is an ancient religious text. It is was written under the inspiration of the Holy Spirit by a vast range of authors over a period of thousands of years. It comes from ancient cultures so vastly different from modern America as to be from another planet.

It simply cannot be the sole authority for all questions of doctrine, devotion, dogma, discipline and morals. The modern world is too complex. The Bible simply doesn’t address many modern concerns. There must be an authority which is also dynamic and living in the world to interpret the Bible.

Because Protestant fundamentalists have followed sola Scriptura they have often used the Bible as a mine for proof texts. These proof texts are used to defend their beliefs and morality. The problem with this approach is that it doesn’t take long for a smart person to realize that the Christians pick and choose which proof texts to use.

I understand that an educated and intelligent Protestant knows that Biblical exegesis is a complex and subtle art which requires a learned and expert scholar. This is not the way it is perceived however by the vast relatively unlearned populace. They hear Protestant preachers issue prohibitions and pronouncements based on a Bible text and they respond by asking why this text was authoritative and that one is not.

In the public square therefore, the most common  objection to Christian teaching on traditional marriage is the argument that goes like this: “You say gay sex is an abomination because one verse in the Old Testament says so, but why don’t you therefore outlaw bacon sandwiches, eating shrimp and say every boy needs to be circumcised? Huh??”

Even the most basically informed Christian will be able to answer the question, but the question would not exist if it weren’t for the false doctrine of sola Scriptura.

Consequently it is a very big deal when Biblical scholars poke through the Bible and say, “Well, we don’t think this particular story happened exactly like this.” or “The external historical record indicates that these Bible stories are not completely historical.” or “Textual and linguistic evidence indicates that there are two or three different authors here…” If the Bible is all, then the findings of Biblical scholars are an earthquake which shake the faith of many Protestants. The Bible, it turns out, is not the perfect perfect book from heaven they were told it was.

Go here for my longer article What is Truth?