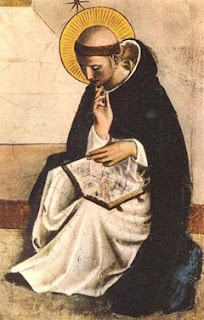 One of the favorite bats the anti-Catholics like to hit us with is the idea that Catholicism, because it is a dogmatic religion–must therefore stifle free thought and free speech.

“How nice for you” the condescending Anglican will say to the convert, “Now you’re a Catholic you won’t have to think anymore.” Or, “It must be nice to be a Catholic and have such ‘certainty.'” This is said with a snuffling, cynical laugh because by ‘certainty’ they mean that you have become a mindless moron–a Kool Aid drinking cult member following the demands of your leader in white without thinking.

Another jab is, “Of course there are some folks who need that kind of certainty.” The subtext here is, “You’re not really smart enough to think things through yourself, and you are probably emotionally and socially insecure and immature so you need to belong to a mutual self love group which offers it’s members certainty in all things.”

Like every heresy this is partially true. There certainly are cults that offer their members mind numbing ‘certainty’. There are emotionally insecure and immature people who need to belong to such cults. We have to admit that there are some Catholics like that, and there are sadly, some Catholic sub-groups–religious orders and religious communities and movements in which members have sometimes behaved like this.

However, abuses do not undo right uses. The greatest response I know to the charge that “You Catholics all thoughtlessly follow your leader, believing and doing whatever he tells you” is that “You clearly don’t know very many Catholics. The vast majority take little notice of what their leader tells them and have scant understanding of either the dogmas or the moral teaching of their church.”

We put that truth into words in many different ways. We tell stories, we write poems, we discuss and debate and reason our way into truth, and one of the ways we express the truth is through propositional theological statements. These statements or resolutions are not the whole truth, but they state the truth in a propositional way as precisely and completely as is possible. This statement of truth we call dogma.

If this process is possible at all, then a church (which is founded to proclaim and live the truth) must in some sense be dogmatic, and if it is at all dogmatic, then it must be in the business, at least in a minimal sense, to declare that dogma to be necessary. If the dogma wasn’t necessary, then it wouldn’t be dogma. In other words, that church must have the authority to say, “This particular proposition is true. That means you must believe it if you belong to this church because the church lives to proclaim and live the truth. It can’t be true sometimes and not at other times. It can’t be true for me and not for you. If it is true, then it is true always and everywhere for all people whether they understand it or not.

Now this is something solid–something real. It is a rock on which to build. Without such a thing as dogma (and the authority to declare a belief a dogma) the church is built on shifting sand of subjective personal opinion. This rock on which to build does not suppress free thought. It may seem to suppress free thought because, by virtue of declaring some things true it must necessarily declare other things to be false. To say, “My apple is red”is  also to say “My apple is not blue.”

Even when a person dissents from church teaching and denies the dogma they are still affirming the necessity for dogma, otherwise what would they have to rebel against? Even the person who kicks a rock proves that the rock exists. Indeed, it is arguable that it is the person who kicks the rock who is most affected by the rock, for by kicking the rock they have hurt their foot. Therefore even the ‘free thinker’ who rejects dogma proves the reality and solidity of that dogma.

Therefore dogma gives thought structure. It not only gives thought a structure, but dogma, combined with tradition, give a person a context and structure for a unified world view. There are corridors in the mind, shelves of knowledge which are catalogued, galleries of works of art to enlighten and libraries of the great minds from the past to illuminate, biographies of the wise and righteous to guide and correct the free thought. Catholicism, rooted and nurtured and flourishing within the Western classical tradition provides a unique and irreplaceable structure in which truly free thought can flourish.

Dogma provides that structure necessary for real thought. If we take the creed as an example, some free thinkers may find it restrictive–an antique formula for a dying religion. It is a straight jacket, a set of blinders, a cage for the mind. Think rather that it is a ladder on which to climb. It is the stairway on which to ascend, it is the map for the journey.

But it is the climbing, the ascent and the journey which matters most.