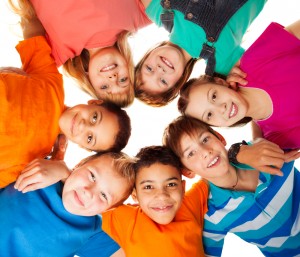 If you want a sampling of the state of our culture jump over to this article in yesterday’s Daily Telegraph.

It is shocking beyond belief, and be warned, some of the language is graphic.

Here’s the setting: nice, upper middle class English woman is having a picnic with some friends and their kids.

Then the conversation turns to pornography.

The Vision: a Swallows and Amazons return to nature; a traditional rope-swinging, make-your-own-fun, soap-free weekend that all kids love. And aged 13 and under they are still very much kids.

The Conversation: the birds and the bees. Literally, then figuratively.

Me: “Huh? Seriously? Have you actually viewed it?”

The middle class English mum–sipping her wine and nibbling her sandwich as the children play rounders is not really that concerned.

The affectionless images of couples  have been seared on their retinas while we thought they were still engrossed in Moshi Monsters. We can’t undo that. Roll on the day that these tawdry images are superseded by real-life crushes on real-life objects of teenage desire, complete with irresistible spots, braces and greasy T-zones.

So not too bad really–just make fun of it all a bit and treat it as something slightly dirty and unpleasant–rather like you would if Poppy or Giles stepped in a cow pat while visiting Uncle Nigel’s farm.

She ends her nauseating article by admitting that Mummy’s now rather interested too.

This is where we are. This is the result of “values free sex education”

Anything goes. Anything at all.

“Oh dear, well I suppose boys and girls will be curious you know. Weren’t you at that age? It’s a phase and they’ll grow out of it I expect. Pass the Prosecco and Proscuitto darling.”

Has the whole world gone totally and utterly insane? It seems so. Continue Reading