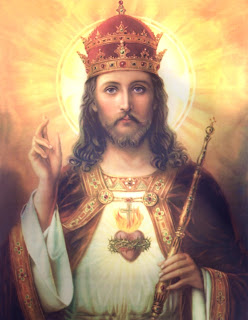 I can remember being rather irritated once to hear an earnest Anglican clergyman refer to ‘the commonwealth of God’ in a sermon. He had clearly changed the language because he thought all this talk of ‘kings and kingdoms’ was not really terribly politically correct. Afterwards I raised the subject with him. He explained that Jesus was bound by the political models of his time, and since emperors and kings were very much part of the ancient Middle East, and the Scriptures were the only model Jesus and his hearers had to work from it was natural for him to choose the model of kings and kingdoms to communicate his ideals. Naturally, I was assured, if Jesus were alive today he would choose a model more like a commonwealth or a republic to illustrate his ideals of equality, unity behind a common purpose, civil justice, principles for the good of all, yadda yadda yadda.

“But,” I wondered, “didn’t the ancient Greeks understand democracy? I mean isn’t that where democracy comes from? What about the Romans, they understood the idea of a republic didn’t they? It’s true that the Roman emperors were on the throne in Jesus’ day, but the republic was still there in a formal sense, and the emperors were always promising to return to the republic weren’t they?” If Jesus wanted to talk about the democracy of God or the Republic of Heaven it wouldn’t have been too much of a stretch would it? Even if the concept were unknown, couldn’t Jesus, have, you know, introduced it and explained it to us?”

The fact is, Kings and the Kingdom of Heaven are part of the Divine Revelation. The vision of heaven in the Book of Revelation doesn’t look much like a parliament or congress. It looks like a throne room. We’re supposed to learn that Christ is King so we can learn about how to be Christians.

A Christian is a subject of Christ the King. He either accepts the King or rebels against the King. What he doesn’t get to do is vote for the King. Through this the Christian learns the value of obedience. The king says “Hop” the subject says, “How high?” We forget the virtue of obedience in an egalitarian age, and yet in my own life I can bear witness that I have learned the most spiritually through obedience rather than through choosing my own way through life. The third thing is that we might, we might just learn how to worship if we regard Christ as King.

With a King goes pomp and majesty and circumstance and ritual and obeisance and pageantry and all those things we think so expensive and useless. All of this falls down and is trampled in the gutter by an egalitarian age, but if we have no Christ the King we will soon have no worship of Christ the King, and Christ the Co-Worker or Christ the friend who walks with us on the beach (carrying us when we were tired) while all well and good, and the focus of our love and devotion can hardly be the focus of our worship.