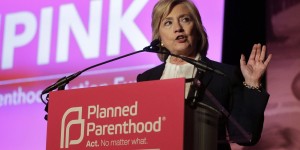 This article from Catholic News Agency reports on the comments.

What is frightening about these ideologues is that their ignorance is always combined with arrogance. They clearly know very little about Catholicism, but they deride it and despise it all the same.

They don’t seem to have a clue that a true Catholic is neither conservative or liberal, left or right. Instead Catholics will be “conservative” on moral and family matters while seeming to be “liberal” on economic and social justice matters.

If only we could have a truly Catholic party that built its platform on Catholic social teaching.